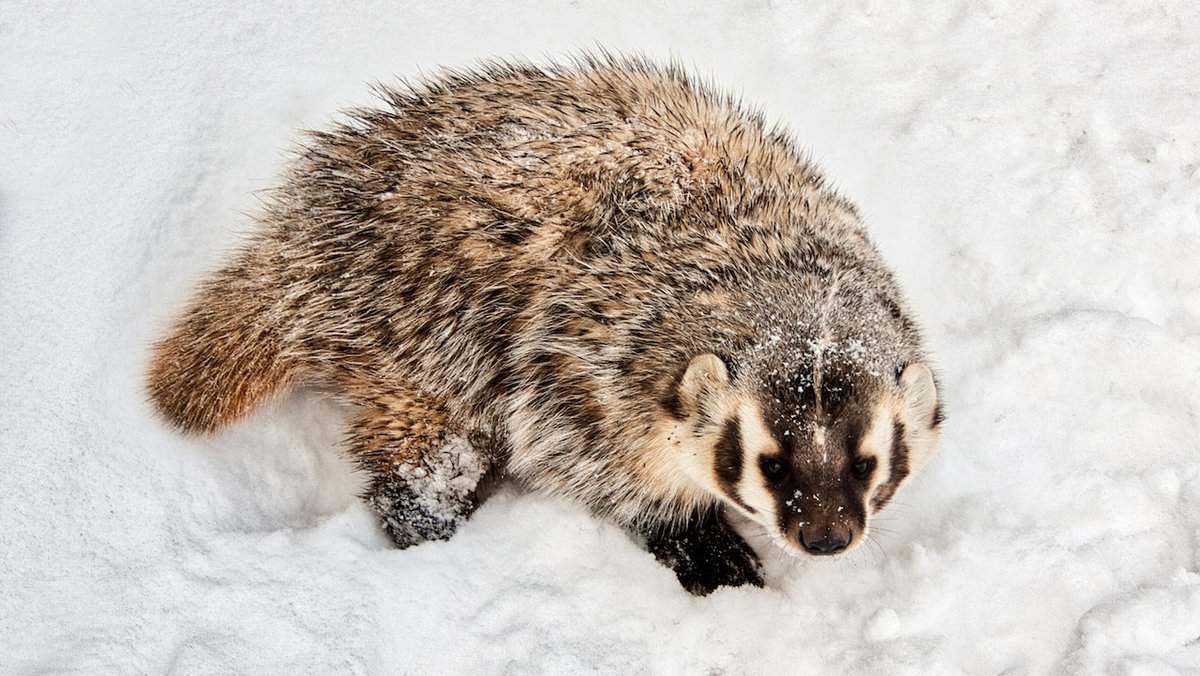 The American badger (Taxidea taxus) is known for its digging prowess. These members of the mustelid family are known to be fossorial creatures that are adapted to living underground.

They have short, stubby legs with very long foreclaws, ideal for digging, and their wide bodies look heavy for their size. Just by looking at its physique, one would easily assume the badger to be a slow and clumsy runner.

Don’t be fooled though, as the badger can outrun much of North America’s wildlife. How would the American badger fare in a running contest? What are other facts about the badger’s traveling and running behavior that makes the animal interesting and unique? Let’s find out.

Are Badgers Fast Runners? (How Fast?)

Badgers are deceivingly quick animals and fast runners. They can gallop or run at speeds of 16-19 miles per hour. That’s faster than the average adult human’s running speed (15 mph).

However, the badger is more a walker and a trotter than a runner. They will only run if the situation calls for it. Its maximum running speed can only be observed whenever the badger is hunting a running prey or when trying to get away from its predators. In most other situations, you won’t see it moving at tops speed.

How Do Badgers Run?

American badgers run using their four legs. Their movement patterns are similar to other mustelids such as stoats, weasels, or skunks. They position their head forward and then move their limbs alternately when running.

On the other hand, when galloping, the badgers move both forelimbs forward at the same time; followed by their hindlimb, which resembles how a hare would run a bit more!

Badgers do not walk on two legs. They can only walk on all four legs. Their strong hindlegs are used in shoveling dirt and are not designed for walking on twos.

The mustelids, however, can stand on their hindlegs in preparation for climbing, which they are excellent at. In rare instances, the badger will raise its body to “sniff the air” for danger or food as they leave their setts. If the area is safe, they head out on their four legs sniffing the ground.

Will A Badger Walk Backwards? (And Why?)

Badgers can walk backward and look as natural as they are walking forward. Funny as it seems, walking backward is useful for the badger for the following purposes:

Just take a look at the way this badger walks backward in this video. It will surely bring a smile to your face.

How Far Do Badgers Travel Per Night?

The American badger’s home range usually has an area of about one to 2½ square miles. Each night they’ll patrol most of it, and it’s not unusual for a badger to cover at least 10 miles in one night. Badgers won’t walk in a straight line, however, so chances are that they’ll cover a lot more ground every night.

Their home ranges aren’t static, however, and American badgers continually change their range over time, meaning that they’ll cover more and more ground. In a year, a single badger can cover an area of more than twenty miles.

A usual itinerary of the badger is finding its next meal, digging new dens and tunnels, and bringing bedding materials for their new setts. Badgers never sleep in the same sett for more than a couple of days and will constantly travel to places they have never been before. The American badger usually spends about 4-6 hours per night just traveling from one area to the next.

Do Badgers Travel In Packs?

In contrast to its European and Asian relatives, the American badger is a solitary creature who prefers to travel alone. This nocturnal animal will scour its territory to search for food and dig temporary setts— by itself.

There are instances in which the badger will team up with other animals to hunt for prey. American badgers have been spotted hunting alongside coyotes. The coyote will chase the prey while the badger’s role will be digging and blocking its prey’s exit paths.

Badgers often follow the same route when going to specific places in their home range. They are creatures of habit and will do the same things over and over again. For example, the badger will use the same paths going to their setts, latrine, and food sources.

Their pathways are easily observable as their low bodies touch the ground as they run on the same path over and over again, making clearly visible “paths” on the forest floor.

The “badger roads” look polished as well as worn grass and moss show the animal’s habitual route. Moreover, the badger’s prints and tracks can easily be spotted along these trails.

Will A Badger Ever Chase A Person? (What To Do)

Despite its size, the American badger will stand its ground against anyone, including humans. They will hiss and snarl at creatures twice or thrice their size when threatened. They will also release a musky odor to keep the threat at a distance.

However, showing such an aggressive stance is all these animals do. They won’t attack a person except in very rare instances. Badgers will only rush toward humans as a defensive mechanism or if their kits are nearby.
If you encounter a badger, the things you need to do are keep your distance, don’t block its escape route, and just leave the poor creature alone.