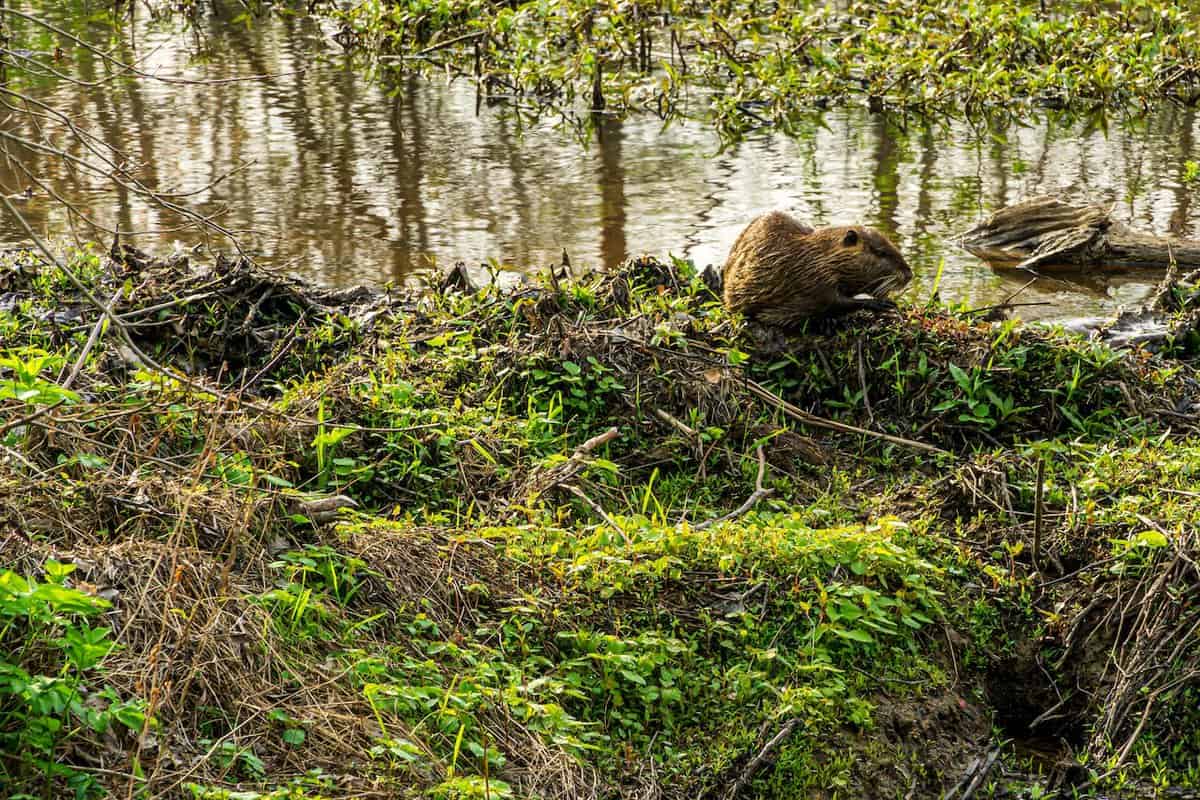 The American beaver ( Castor Canadensis) is known to be a pure herbivore; chomping on trees, twigs, and leaves. A lot is known about the beaver’s feeding behavior but its drinking behavior is less talked about.

As an animal living and doing its daily chores on bodies of water, does the beaver drink from the very pond they live in? Do these rodents drink other stuff aside from water? Or, do they ever drink water at all? Join Floofmania as we answer all possible questions related to the beaver’s drinking behavior.

Yes, like most animals, beavers need to drink water to survive. They also get thirsty. Fortunately, when their need for water pops up, the beaver has all the water it needs to quench its thirst.

This semi-aquatic rodent lives in lodges in the middle of ponds, streams, and other freshwater bodies or in dens along the water edge. Living in this type of habitat makes drinking water very accessible to them.

As you can see in the video above, the beaver is drinking water in the same way dogs do it—by lapping the water with their tongues.

What’s interesting for the beaver though, it will only drink water before it reaches its dam. The reason? No one knows. Perhaps, it is due to the beaver’s habit of starting and doing everything on the upstream side.

Can Beavers Get Hydrated Through Their Food?

Beavers can also replenish their bodies’ water content from eating. The herbaceous rodents feed on tree bark, branches, roots, and leaves—all having at least some water content.

Fruits like apples and cherries have very high water content. Beavers do love munching on these fruits whenever available. It’s unfortunate though that bark and wood of apple and cherry trees are also among the beaver’s favorite snacks. The critter could chop down the tree long before it could bear fruit.

Moreover, the beaver’s primary food is the tree’s inner bark (cambium) This part of the tree does not have much water in itself but its nearby structures like the xylem and phloem transport water and nutrients. As the beaver chews and feeds on the cambium, water from adjacent parts of the tree is also ingested.

How Often Do Beavers Need To Drink?

Based on the eating frequency of the beaver, we can assume that the rodent doesn’t drink often. The beaver’s daily activities revolve around chewing, digging, and building. We’re pretty sure drinking water on purpose or inadvertently is part of the routine.

This is a tricky question. Beavers can drink saltwater or spoiled water. However, it isn’t a good idea to do either for most animals, and it’s safe to assume that beavers don’t.

There are beaver populations who live in estuaries that have brackish water. These bodies of water contain some salt, although not as much as ocean water. About 10 parts per 1000 (ppt) can be tolerated by the beaver. For comparison, saltwater contains 35 ppt.

Saltwater Poisoning Can Be Fatal to Beavers

Too much saltwater ingestion or prolonged exposure to seawater is dangerous to the beaver. Its body is designed and meant to live in freshwater habitats where the animal has been living in for thousands of years.

Too much seawater or brackish water ingestion can increase the amount of salt (sodium) in the beaver’s body which can lead to saltwater poisoning.

Drinking spoiled or dirty water, on the other hand, is the least of concerns among beavers. Beavers can drink “dirty” freshwater without much of a problem. They do drink water before it reaches their dam and gets purified.

North America’s largest rodent seems to thrive in contaminated water. In fact, beavers have abilities that can cleanse and even purify dirty water!

Pollutants can also be cleared and filtered by the beaver’s structures. Bodies of water with stagnant water can also be purified by beavers through the canals that they build.

Once the bodies of water get purified, then the beaver can drink from them to its heart’s content. We can assume that beavers will drink water—purified or not.

Too bad the beaver cannot do anything to water contamination caused by infectious microorganisms that cause diseases like Giardiasis (Beaver fever). When beavers drink water contaminated with parasites, they become carriers and spread the disease to other animals and humans.

The same goes for water polluted by chemicals or other toxins. Sadly, these are just as dangerous for beavers as everybody else, and they can’t purify that kind of pollutants.

Can I Serve Milk To Beavers?

Yes, beavers are lactating mammals and their newborns depend on their nutrition from their mommy’s milk. Newborn beavers solely drink their mother’s milk during their first three weeks of life.

At the age of 4 weeks, beaver kits will start feeding on their staple food— plants. The younglings will start following their parents on foraging trips. Also during this time, taking a few sips from their pond is also taught to the eager beavers.

There are also cases in which rescued orphaned beavers are exclusively fed with milk formula. Once the rescued kits reach six weeks, their normal diet, along with some drinking water, is provided.

Take note though that formula isn’t the same as cow’s milk. Many animals are lactose intolerant and formula as well as “maybe” beaver’s milk doesn’t contain much lactose. So don’t go out and serve milk to beavers just yet.

Antifreeze (Ethylene Glycol) is a chemical that is used for various industrial purposes, as well as an additive used in car radiators. It is very toxic when ingested by animals, but what makes the situation scary is that animals like the beaver are highly attracted to this chemical due to its sweet taste.

The beaver usually identifies antifreeze as a fruit drink or something similar.  The sweet, sugary taste is delicious to the beaver. Nothing happens as the first few drops of antifreeze are ingested. So the animal would want more of this tasty liquid and would drink more.

Unfortunately, the fatal effects usually show within hours after ingestion.
Exposure of beavers to this very dangerous chemical should be avoided. Never leave antifreeze containers in the wild. If you see animals who have ingested antifreeze, seek veterinary help immediately.