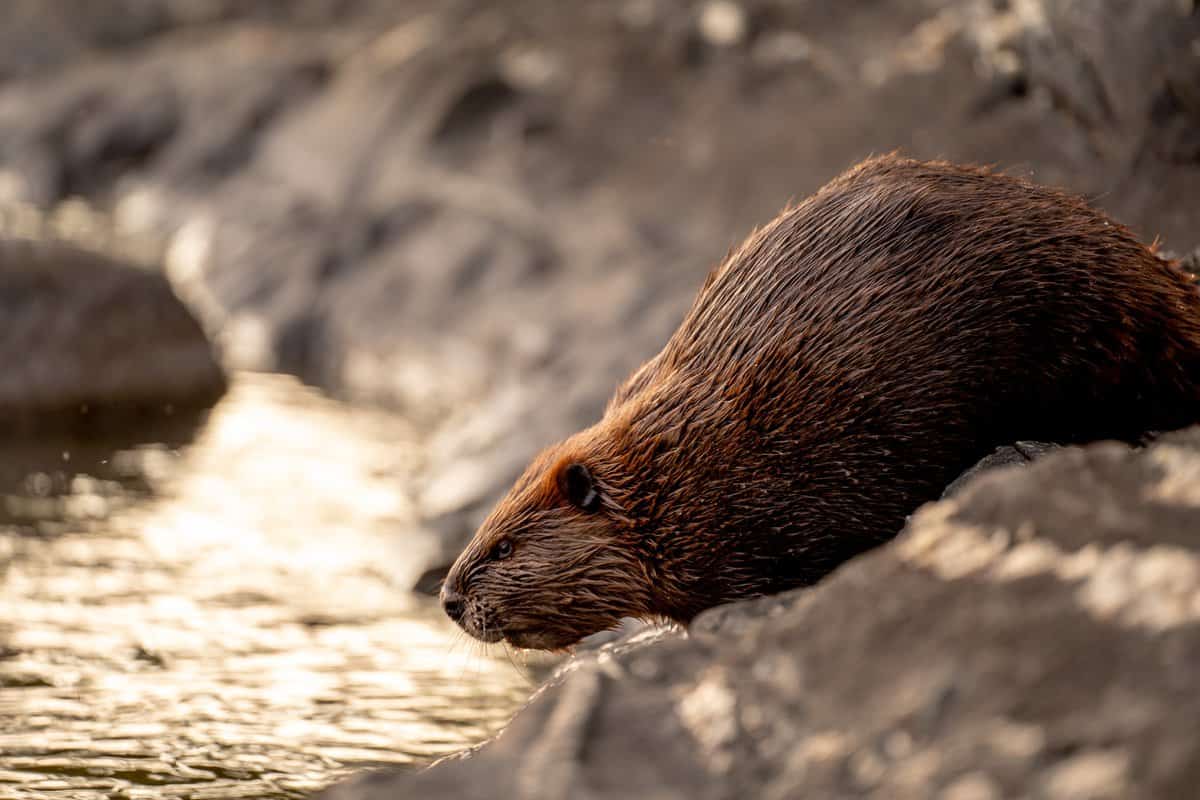 Beavers are the construction workers of the animal world. They spend most waking hours building dams and lodges in ponds and rivers. But unlike humans, they don’t use tools to make their tasks easier.

And this is why you might wonder: As hard workers, how much do beavers actually sleep? Are they lazy animals who sleep a lot, or do they spend most of their time just building stuff?

Let’s take a deeper look at the sleeping habits of beavers!

Do Beavers Sleep A Lot?

Can you think of any living beings that don’t rest or sleep? It’s hard to come up with something, right? That is because almost all living things need sleep in order to survive.

There is no written research that describes how long beavers sleep, but according to a few beaver enthusiast on some internet forums, beavers usually sleeps for 4 hours to regain their energy, but they can sleep up to 12 hours.

We all know that beavers are hard workers. It’s not really surprising for us to know that they work most of the time and they tend to prioritize work over sleep. However, beavers still need to sleep like every one of us. They do sleep, but not a lot.

Beavers work at least 12 hours a day to ensure that their habitats are maintained, safe, and secured. Add to that, that beavers also spend a great deal of time eating and socializing, which doesn’t leave a lot of time for sleeping!

They have impeccable commitment skills and they make sure that the task is finished or close to finish before they take a rest. Beavers are the very definition of hard workers.

Are Beavers Mostly Active At Night Or During The Day?

Beavers are classified as both nocturnal and crepuscular. In other words, they are most active throughout the hours of dusk and dawn.

Even though they do sleep during the day, they are still active during certain hours of daylight, namely a few hours after sunrise and a couple of hours before the sun goes down.

According to research, we can describe the daily routine of a beaver, like this:

When Do Beavers Wake Up And Go To Sleep?

Beavers are nocturnal animals, which means they are awake and active at night and mostly sleep during the day. According to Smithsonian National Zoo, beavers usually wake up at around 4 pm in the early afternoon.

However, the sleeping patterns of beavers can also be affected by the environment in which they live.

Where Do Beavers Sleep?

Most people believe that beavers live in the dams that they build. In reality, they actually build completely separate structures in which to live, called lodges. The lodges are usually located in the calm waters in the middle of the pond that they have created with their dams

This is where they usually store their food, mate, raise their young, and of course, sleep. These lodges actually have cleverly designed underwater entrance that protects the beavers from possible predators.

Aside from being builders, beavers also have amazing design skills. An example of this is that their lodges have chimneys or “skylights” built in, where the lights can pass through inside their homes. It’s also their way of letting a fresh breeze in.

According to National Geographic, beavers can hold their breath underwater for around 15 minutes. Beavers use this skill every day when accessing their lodges, which have underwater entrances! Beavers simply need to be able to swim and hold their breath in order to get to their home.

However, beavers don’t sleep in the water. They are capable of holding their breath for long, but not for several hours at a time while sleeping. Add to that, that it would be a pretty cold experience. Beavers prefer sleeping in lodges where it’s warm and comfortable. (And where they can breathe the air.)

Where Do Beavers Sleep If They Have No Lodge?

Beavers tend to work hard to get their lodges set up because they’re really crucial for the animal for staying safe when resting. But what if they aren’t finished yet or if they can’t find a place to put it? Where do they sleep?

Like any other creature, beavers can adapt to different situations. If they don’t have a permanent shelter to sleep in, they will find another spot. Some beaver observers, in very rare cases, found outcast beavers sleeping on the bank of a pond. That is where they sleep when they still don’t have a lodge or a territory to put their lodge.

Do Beavers Sleep While Floating On Water?

No, beavers don’t sleep while floating in a way an animal like the sea otter would do it. Although they spend a considerable amount of their life in the water, beavers have to rest above the water’s surface to breathe unrestrictedly and keep their body temperature up when sleeping.

Many people think that beavers sleep in the water because they see them floating around. Like other animals that can live in both land and water, however, they often swim but they prefer having a cozy warm place for sleeping.