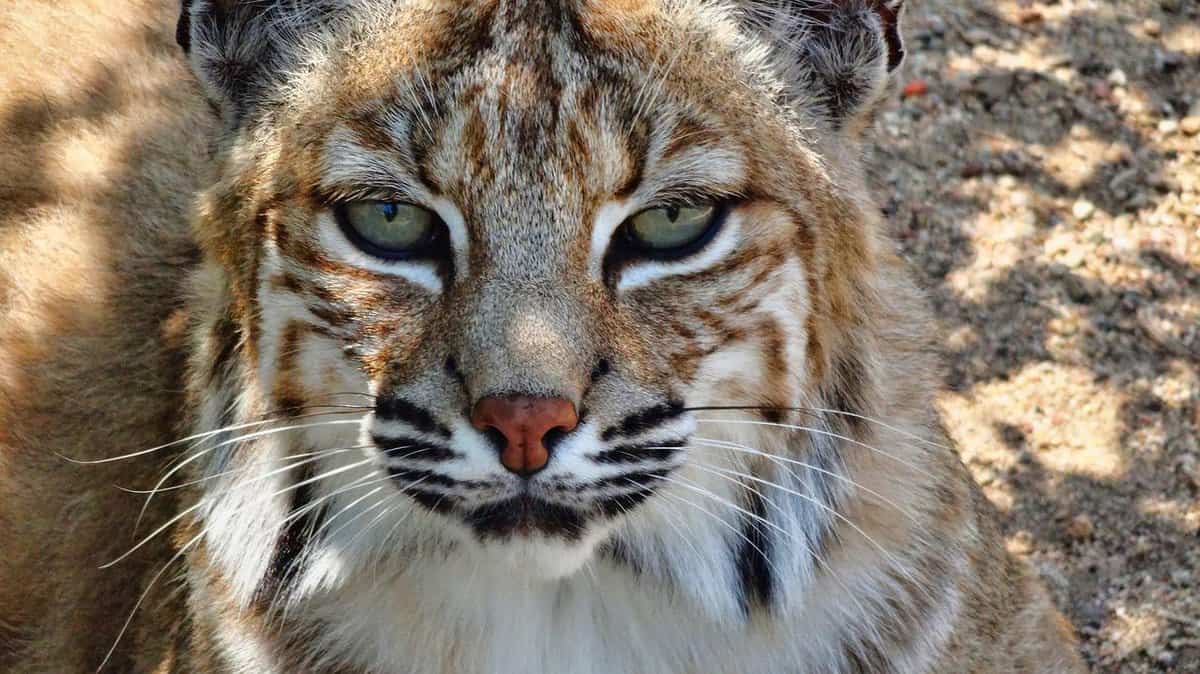 Bobcats have a powerful skill set – proficient in running, jumping, and even climbing. Plus, they are also highly adaptable! Put them in any habitat and they will surely find ways to survive.

But, how about their vision? Do bobcats also have good eyesight? Is it as good as their other senses? Or are they not gifted in the eyes department?

Keep reading as Floofmania gets a good look at all the things you need to know about a bobcat’s vision!

Do Bobcats Have Good Eyesight?

According to The National Conservancy, bobcats have excellent vision both day and night! Their vision is so good that they can detect even the slightest movement in their environment! For example, a bobcat can easily spot a mouse carefully wandering in the fields. So, for bobcat prey, hide-and-seek is not their best defense.

The bobcat’s sharp vision is one of the reasons that bobcats are such great hunters, especially during nighttime. But how come bobcats see so well in the dark?

The tapetum lucidum is the reason why bobcats have good night vision. It is located behind their retinas and is commonly seen in animals who usually hunt at night (nocturnal animals). This feature enables them to easily adjust to low light conditions and it gives them excellent night eyesight!

Other animals like domestic cats, dogs, deer, horses, ferrets, cattle, and other animals from the Felidae family also have tapetum lucidum in their eyes.

Can Bobcats Only See Movement?

No, a bobcat’s vision is not limited to seeing movement. Bobcats can see both moving and static objects or living things. For example, bobcats can easily spot small animals like mice and birds behind tall grass even though they are not moving or making any noises!

Can Bobcats See In The Dark?

Yes, a bobcat’s eyes work really well in the dark! As mentioned, the tapetum in their eyes allows them to adjust their vision in low light conditions. Plus, their eyes also have an elliptical eye shape and larger corneas that allow more light to enter their eyes, making it easier for them to hunt and pounce on their prey at night.

Check this video of a bobcat fearlessly ambushing a coyote. You can also see how the coyote never noticed the bobcat until it attacked– that’s a bobcat’s camouflage skills in action!

Also, did you know that some of their prey, like squirrels, don’t have great night vision? That gives bobcats the upper hand (or paw) during nighttime attacks. Now, it is not surprising why they prefer to hunt at night!

Why Do Bobcats’ Eyes Glow At Night?

The mirrorlike tapetum membrane also reflects light, resulting in a bobcat’s eyes glowing at night. The so-called “glow” of their eyes is formally referred to as “eyeshine”. Other animals who have tapetum on their eyes also have the same eye glow at night.

But, their eyes shine in different colors! Some animals can have bright green, tinted or bright yellow, and amber eyeshine. This color variation is caused by the different amounts of pigment within their retinas.  A bobcat’s eyeshine glows in the colors of amber and yellow.

Their glowing eyes at night appear scary and creepy, but it can also be amazing especially if you know the explanation behind it!

Take a look at the video below to have a glimpse of what a bobcat eyeshine looks like:

What Color Are Bobcats’ Eyes?

Most bobcats have tinted-yellow eyes partnered with dark brown or black pupils. There are also rare instances where a bobcat’s eyes are green or blue! That occurrence is caused by the lack of melanin in their irises.

Yes, bobcats are color blind – but not entirely! They do have cones or color receptors in their eyes, but they are not as developed as in humans. So, bobcats can see shades of blue, yellow, green, and gray. When it comes to shades of red, pink, and other colors, bobcats confuse it with either green or blue.

What Does It Mean That The Bobcat’s Eyes Are Facing Forward?

On the other hand, prey animals usually have their eyes toward the side of their heads! This feature allows them to look out for possible predators and finds ways to escape.

Isn’t it mind-blowing to see how every animal’s traits and features serve important roles in its survival?

How Good Is The Bobcat’s Vision Compared To Other Animals?

So, we already know that bobcats have exceptional eyesight, but how is it compared to other animals and humans? Is it superior, inferior, or the same? Let’s take a look below:

Coyotes and bobcats are both nocturnal animals. So, both of them have great night vision.  They also have the same peripheral vision of around 250 degrees and above.

Both coming from the Felidae family, it is not surprising to know that bobcats and mountain lions have the same keen level of vision. In addition, both of them have tapetum lucidum which makes them have good night vision too.

A fox’s vision is similar to a bobcat’s vision. Foxes can see well during the day and night time. And similar to bobcats, foxes also have vertically slit pupils and tapetum lucidum.

Cats and bobcats both have great eyesight. Plus, domestic cats also have the ability to see in the dark.

Dogs and bobcats have great daytime vision. However, when it comes to night vision, bobcats are slightly superior compared to dogs.

A bobcat’s vision is far superior to a human’s eyesight. In a dark setting, bobcats can see six times better than humans. But, when it comes to seeing colors, humans have stronger eye color receptors.