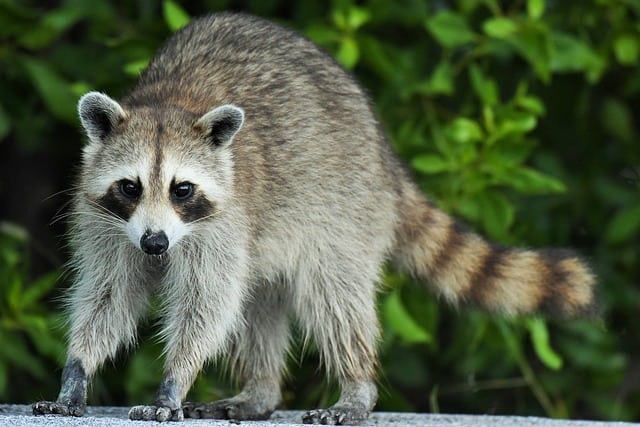 Like all mammals, raccoons do not have the ability to regenerate limbs if they lose them. So, once a raccoon loses one of its legs, it is gone for life. It is never going to grow back.

I want to look at this in a little more depth on this page. I also want to cover a little bit about what happens if a raccoon does end up losing its limb.

No. A raccoon will never be able to regenerate a limb, such as a leg, arm, tail, or paw, that it has lost. There are animals out there that can regenerate their limbs, but none of them are mammals.

About the only regenerative capability that a raccoon has is the ability to heal cuts and scrapes. Just like humans, for shallow cuts, the skin cells that surround the area will pull in a little bit and close the wound.

I do want to point out at this stage that raccoons do have the genes to grow limbs. The same as humans. After all, a fully-grown baby raccoon doesn’t just appear out of nowhere. Instead, it grows in the stomach of its mother before it is born. The problem is that while the genes are there, they will never activate again. Who knows where evolution will take us, though.

What Happens if a Raccoon Loses a Limb?

If a raccoon loses a limb, then the outcome is not going to be very good. The raccoon will have two problems.

Firstly, it is an injured animal. It is now going to become prey for other animals. With a missing limb, it isn’t going to be able to fight back.

In other cases, that open wound will get infected. This could potentially be the end of the poor raccoon.

I am not saying that a raccoon will not be able to survive a lost limb, but the odds are not going to be in their favor. Not when they are living out there in the wild.

Raccoons cannot regenerate their limbs. If a limb has been lost, then it has been lost forever. Thankfully, there is very little out there that could damage a raccoon’s limbs. They are not prey animals. Unfortunately, if a raccoon does lose a limb, the outcome is unlikely to be good.