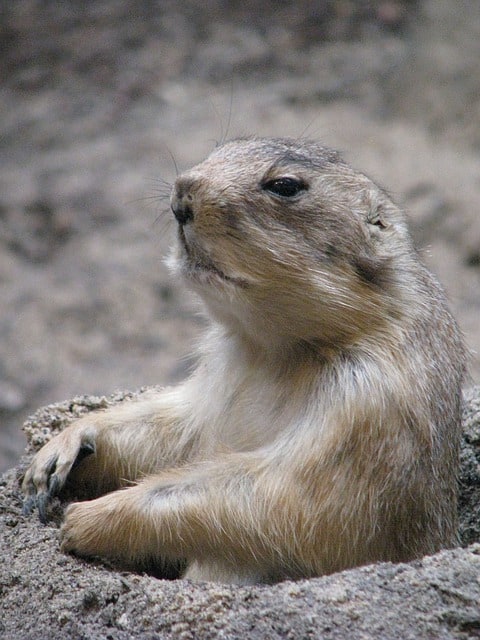 Groundhogs are adorable (or pesky, depending on where you live) little critters that are known around the world for predicting the arrival of spring. What you may not have known about groundhogs is that they can be just as foul-smelling at times as they are cute. However, this isn’t a hygiene issue because they don’t smell bad all the time.

If you’re outside enjoying the sunshine and a groundhog is nearby, you probably won’t smell them. That’s because groundhogs are actually really clean animals. Their odor is controlled, so you likely won’t smell them unless there’s a good reason for it. On an average day, these animals don’t have an odor.

Why Do Groundhogs Smell Bad?

This smell isn’t a nervous gas either, it actually isn’t similar to flatulence at all. Groundhogs are herbivores and rather docile animals. They aren’t vicious, actually, the most dangerous thing about them is the possibility of twisting your ankle in one of their burrow holes. That musky smell from their behind is their only method of keeping predators away.

You may be under the impression now that groundhogs don’t mind a funky smell, but that’s not the case at all. Actually, groundhogs are very particular about hygiene and odors. It’s very common for groundhogs to line their bedding with grass clippings. What you may not have know is that they are incredibly picky about the grass lining their sleeping area.

As soon as the grass starts to get old, they replace it right away. Groundhogs can’t sleep peacefully if there’s stale and smelly grass in their burrow. They only want the best-smelling clippings in their bed.

Final Thoughts: What’s That Smell? It Might Be A Groundhog

While groundhogs are naturally very clean animals, they are able to produce a very foul smell when there’s a predator nearby. This odor has nothing to do with their diet or hygiene habits, rather it’s their only way of making sure enemies keep a distance. After all, everyone tries their best to stay away from the smelly guys.