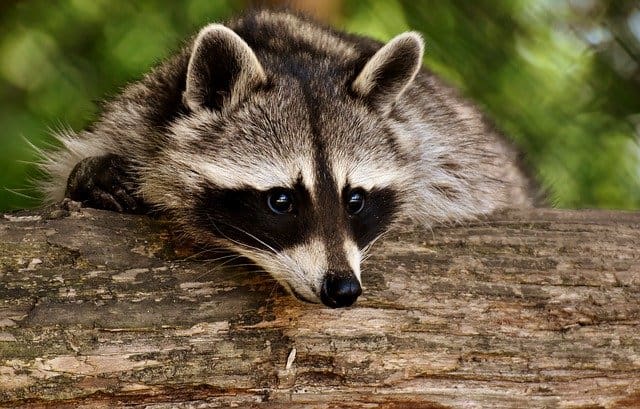 Raccoons are nature’s little bandits. They skulk around at night and even have eye masks and a tendency to steal pet food and stuff out of your trash can.

But do their thieving tendencies go further than just helping themselves to food that isn’t meant for them?

Yes, raccoons actually are quite the hoarders.

Raccoons, along with several bird species like magpies and seagulls, are attracted to shiny things and like to steal anything eye-catching and store it away in their burrows and dens.

Aluminum foil is often used in raccoon traps because it makes the animal curious. It’s unclear why raccoons like shiny objects, but it might be because of their bad eyesight, which means that anything that stands out could be food.

Why Are Raccoons Attracted To Shiny Objects?

If you’ve ever come across a raccoon’s burrow or den, you might have noticed a lot of shiny objects laying around. Tin foil, pennies, plastic, or even jewelry are all things that attract raccoons’ attention because they’re shiny.

It’s also because of this love for all things glittery that aluminum foil is often used for trapping raccoons. The shiny objects make the animal curious and draw it closer. A little like it’s the case for us humans!

But why are raccoons so curious about shiny things?

Actually, we aren’t sure why neither raccoons nor birds or other animals are so keen on shiny stuff. There might be several reasons, though.

One possibility is that they actually find the objects beautiful. If raccoons could get their tiny hands on gold and diamonds, they’d be more than happy to keep these precious items around.

It’s possible that having beautiful, shiny objects to show off might help attract mates and they might make the animal seem more desirable. Does that sound familiar?

Another reason, which I’m a little more tempted to believe myself, is that raccoons get curious about anything that stands out. Raccoons don’t see very well in ordinary daylight, but they have relatively good vision when it’s dark out.

This means that they’ll be quick to notice shiny objects over anything else, and if you’re a raccoon, you’d be interested in learning if it’s edible!

One way that raccoons test potential snacks out for being edible, is to douse them in water. This makes their paws more sensitive and allows them to better decide whether the thing they have in their hands can be eaten or not.

To see an example of this, have a look at the below video, where a raccoon is testing out a particularly shiny object! (A smartphone!)

But we’re not exactly sure why. Raccoons might simply be exceptionally stylish and enjoy keeping beautiful things around them. It might also be because shiny objects grab their attention better than non-shiny things, especially for an animal with bad eyesight like a raccoon.

1 thought on “Do Raccoons Like Shiny Things? (and Why?)”