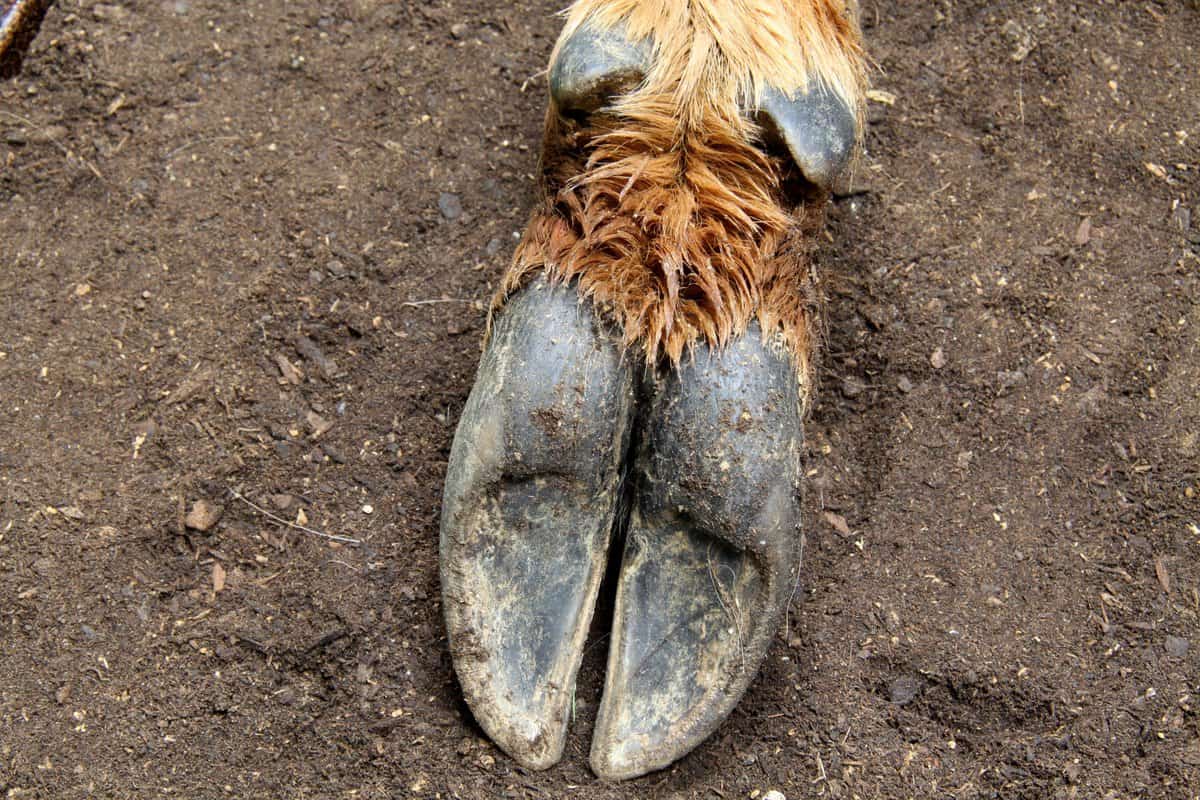 The North American elk, or wapiti, has hooves that have distinct characteristics and make them unique compared to other mammal species. Having said that, let’s focus on the elk’s feet and hooves. For sure there are questions you have in mind that need to be answered.

What makes the elk’s hooves different from the hooves of other deer species? Do you know that elks use these hooves as weapons and are very important for their survival?

Elks are members of the order Artiodactyla which means they are even-toed ungulates. An elk’s hoof is rounded (cloven) with each segment parallel to the other.

The hooves may be similar to that of a deer’s but much bigger and broader. The elk’s hooves compared to a moose is also different. Elks have blunted hooves while moose hooves are sharper and more pointed.

The difference is due to the elk’s migratory behavior and pattern. Elks love to travel long distances throughout their lifespan.

Due to the type of hooves elks have, their stance is also different from other mammals. Elks have an unguligrade stance; which means they stand and walk on the tips of their toes—just like a ballerina!

How Big Are Elk Hooves?

The elk’s hooves are huge. Their hooves sizes may vary according to the age, gender, and subspecies but on average, they are three inches wide and four inches long.

For comparison, make a fist. That is the size of an elk’s hoof.

How Many Toes Do Elk Have On Their Hooves?

The elk has four toes or digits on each leg. The back legs have two back toes (dew claws) and are used for balance and gripping. The front two toes are covered with a thick toenail (hoof) and are used for walking.

For walking, elks only use their hooves. This is the reason why you can only see two toes on their prints and tracks.

Do Elk Have Dew Claws? (What Are They For?)

Dew claws have their uses. They help the animal stand firmly and keep its balance when walking, especially on uneven surfaces. The dew claws act like a hook and can be used as grips when threading through slippery slopes.

What Are Other Activities Elks Use Their Hooves For?

Aside from fighting by locking their antlers against one another, elks sometimes use their hooves as weapons. They can jump on their opponent and flail their hooves forward as if throwing a punch.

This behavior can be observed especially among female elks, who don’t have antlers. These ladies certainly can box!

How Do Elk Walk?

The walking pattern of elks can be described as an alternating pattern. The cadence pattern can differ wildly when they’re just casually walking or grazing compared to when they’re running or sprinting.

One interesting fact about elks is their fancy footwork. Did you know that you can recognize an elk by listening to its walking sound?

The elks’ anklebones make distinct popping or cracking sounds when they walk. This characteristic is a form of elk communication. They create this sound to inform other elks that they’re approaching or that they’re not predators.

Albeit their size and weight, elks are fast runners. They can have a top speed of 45 – 60 mph. They can outrun an adult horse in a sprint.

You may be walking in the wilderness when suddenly a set of tracks catches your attention. It looks like a deer’s but much bigger and wider. The best bet would be that the tracks belong to an elk.

The elk’s tracks may be similar to their close relatives and can be distinguished from one another according to their size, among other distinct characteristics.

How would you know that the tracks belong to an elk? Here’s what you can do:

Do Elk Get Hoof Disease?

Elks are prone to having hoof disease. Elk hoof disease or Treponeme-associated hoof disease (TAHD) is a condition caused by bacteria and can severely affect an elk’s behavior and walking pattern.

If an elk has this disease, its hooves can become broken, deformed, overgrown, or sloughed. In severe cases of TAHD, the elk will most likely show signs of limping. Despite the name of this disease, the direct cause of TAHD has not yet been identified.

A theory from studies done in the US and abroad indicates that elk hoof disease is caused by several factors that include the environment, the presence of Treponema bacteria, and the overall health of the animal. The disease can affect both genders and can potentially spread to others.

So if you observe a limping elk with hoof deformities, you can suspect that it has hoof disease and should be reported to authorities for close monitoring.