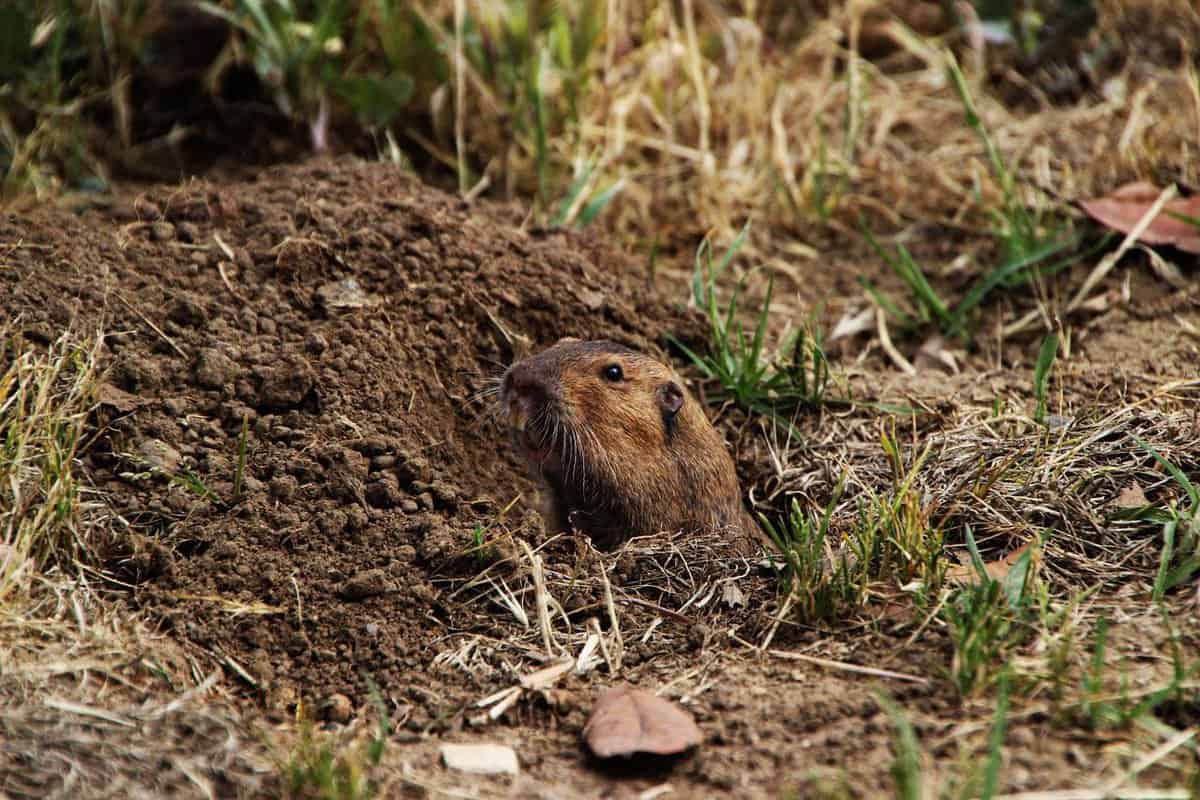 Gophers are rodents that belong to the Geomyidae family. There are about 41 known species of gophers living in the Western Hemisphere, from Canada in the north, down to a number of US states, and all the way to Central and South America. That’s a lot of gophers, right? Do all these species look the same?

All gophers may have distinct differences in appearances but they are easy to identify. How do you know if that small animal scurrying away from you is a gopher or something else? We’ll help you identify a gopher by discussing its particularities and how to tell them apart from similar-looking animals that are not related to them.

You may say that all rodents look the same but there are distinguishing features that separate gophers from their relatives.

Pocket gophers have round bodies with flat underbellies which helps them in digging and running through their tunnels.

The gopher’s head is broad and the rodent has a flat and angular skull. The broad appearance of the head is brought about by the presence of a pair of unique facial features. The name “pocket gopher” comes from the fact that the animal has large cheek pouches on each side of the face.

The pockets are used to hold food they forage and materials used in building its nest. When empty, they’re hardly visible, but when the gopher fills its mouth with food, the pockets will appear very big.

When looking at the gopher up front, the two large incisors on the top and bottom of their mouth will be quite obvious. They use these large front teeth in gnawing the roots, bark, and other tough parts of plants.

The gopher’s eyes are small yet still noticeable. They have round and small ears. These features are important to note as they provide useful information about the gopher’s senses. The senses of sight and hearing of gophers are average compared to other mammals and they don’t rely on them that much.

With average eyesight and hearing, the gopher relies on its whiskers and its 4-inch tail to have a clear sense of its surroundings.

One distinguishing feature of gophers is their short, strong legs. These legs, along with the sharp claws are primarily used in digging tunnels—all day and night, all through the seasons.

How Big Is A Gopher?

Gophers are rodents that have lengths of 5 to 14 inches. This size places them to be medium-sized members of the Rodentia family. Adult gophers weigh from a half of a pound up to two pounds.

The size of gophers varies by their species. The Wyoming pocket gopher (Thomomys clusius) is a small rodent with bodies that are shorter than other gopher species. Their body length has just an average of 6.7 inches.

The Camas pocket gopher (Thomomys bulbivorus), on the other hand, is one of the largest species, measuring up to 12.5-14 inches in length.

What Color Does A Gopher Have?

A gopher’s fur varies in color quite widely. There are species of pocket gophers that have pale yellow, light brown, dark brown color, or black-colored topsides. Their underbellies are usually white in color.

The normal coat of pocket gophers is described as typical agouti (the natural color of wild rats). This means that each hair on its body has black and yellow markings on it instead of having a single solid color. Some species differ markedly from each other by the tone of coloration of their coat.

An interesting fact about the gopher’s fur color is it frequently changes for some unexplained reason. This occurrence happens just a few generations apart. Specimens from various species were observed to have intense red fur on them—far different from the normal local population—a phenomenon that baffles biologists until this day.

Do Gophers Have Furry Tails?

Having a furry tail is not among the gopher’s assets. There are a few species of gophers that have sparse fur on their tails while most do not. The Northern pocket gopher is a known species that have a bit of fur on its tail to protect the animal from the cold.

The 4-inch tail is usually without thick hair but is highly sensitive to touch due to the presence of multiple nerve endings. This serves as an important sense organ for the gopher, when moving inside of its tunnels.

Do Gophers Have Teeth Sticking Out?

The gopher’s incisors are slightly sticking out. The two pairs of incisors are primarily used in gnawing on hard plant parts while the molars are used in grinding their food. The protruding incisors are also used in digging.

Like all rodents, gophers’ teeth grow non-stop. Their teeth, which are yellowish in color, will start growing right after they are born until the end of their lifespan (about 2-3 years). You can determine the age of gophers just by looking at the size of their teeth.

The non-stop teeth growth also serves as compensation for the consistent wear and tear the gophers do with their teeth from chewing hard tree roots and barks.

Animals That Look Like Gophers And How To Tell Them Apart

The Western Hemisphere is filled with a wide variety of small animals that are often mistaken for gophers. Not all of these animals are gophers or even rodents. On the list below are animals that may be mistaken as gophers due to their appearance, behavior, and habits. We’ll help you identify each animal and tell them apart from gophers.

There are three main differences between a gopher and a groundhog.

It’s a bit confusing to discern a gopher from a chipmunk because of their similar sizes. The difference between them boils down to their body structure, their fur color, and their behavior.

Most people find it difficult to distinguish a gopher from a tree or ground squirrel. We can’t blame them as both animals have a lot of similarities. However, there are also some clear differences between them.

Moles don’t belong to the Rodentia family. They’re from the Talpidae family. Moles are usually smaller than gophers; about 2.5-6 inches in length. They have long, tapering snouts and their shovel-like incisors are visible even with their mouths closed. They use these incisors for digging. Moles also have small eyes that are much smaller than gophers’.

Unlike gophers, moles don’t like to eat plant material and roots. They are insectivores and prefer small insects for their dietary needs.

Voles, or meadow mice, are small rodents about 4-6 inches in length. They look very similar but they are much smaller than the average gopher. Voles have small eyes and small partially hidden ears. A distinguishing feature of voles is their teeth are orange-colored.