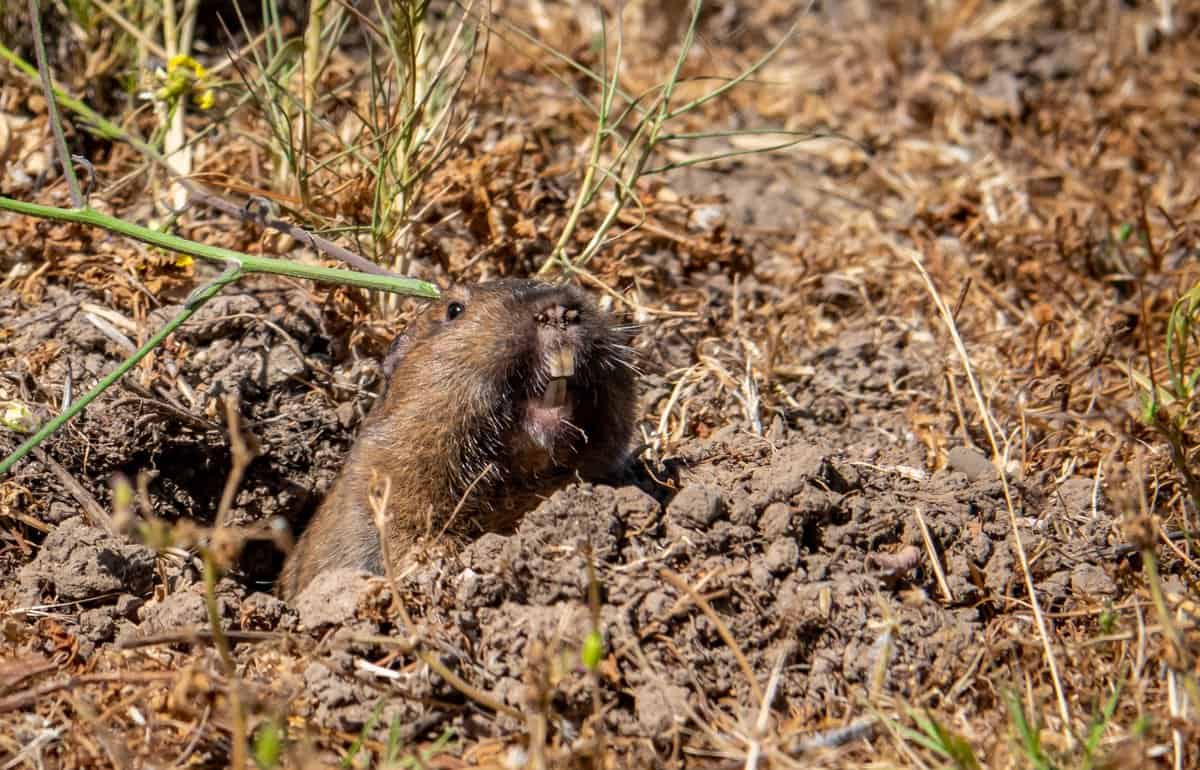 Habitat and Geography of Gophers

Gophers are small furry rodents that dig, burrow, and live in a variety of underground habitats. Pocket gophers, or rodents of the family “Geomyidae”, are burrowing (fossorial) rodents endemic to North and Central America and can be found in a majority of the Western Hemisphere.

There are a total of 41 species of gophers living in these regions.

What Kind Of Terrain Do Gophers Prefer?

Gophers spend 95% of their time underground. They prefer terrain that has loose, moist, porous soil with lots of edible roots and adequate drainage.

So if you have lots of carrots, potatoes, and other root crops in your area, expect gophers to be living nearby!

These animals can be seen on plains, prairies, and maybe even under your lawn. You will know if a gopher is living in a certain area because you’ll notice unsightly dirt mounds all around.

These pesky rodents occupy forest areas in the western United States and are even sometimes a cause for concern as they sever roots of conifer trees that are planted in reforestation programs.

They can also live in rocky areas as long as the rocks and gravel are small enough for the critters to dig around them or push them aside or to the surface.

Areas with sandy and silty soil are also attractive habitats for large species of gophers. As long as there is food around, the rodents can still thrive in relatively harsh environments.

There are even species of gophers living in dry, arid deserts. The desert pocket gopher (Geomys arenarius) population is actually threatened due to habitat loss.

What US States Have Gophers?

Gopher species can only be found in the southeastern, midwest, and western states of the US. In particular, any of the 3 genera (Cratogeomys, Thomomys, Geomys) and 14 US species of gophers can be found in the following states:

The most widespread species in the US is the plains pocket gopher. A resident of the Great Plains region, this species has caused havoc and destruction to forests, farmlands, and lawns of residents.

There are also several species of gophers that exist in large numbers but only in specific states.

Here’s a list of gopher species and locations they can be found:

Are There Gophers In Canada?

The grasslands in western Canada are among the few spots where pocket gophers can be found. Their territories extend eastward to the Great Lakes, then south into the US territories, and down to Central and South America.

Another species, the larger plains pocket gopher (Geomys bursarius), can be seen in areas near the Red River Valley.

Are There Gophers In Latin and South America?

Gophers can be found in Latin and South America. There are several distinct species of gophers distributed in this region.

The Michoacan pocket gopher (Zygogeomys trichopus) is endemic to temperate, high-altitude forests of Mexico. This species can live in altitudes of 7,200 feet. Unfortunately, this gopher is now endangered due to the conversion of its natural habitat into agricultural lands as well as another species of gopher (Pappogeomys) has crept into its territories.

Central and South American countries like Panama, Guatemala, Honduras, and Colombia have also pocket gophers, albeit from different genera.

In Bolivia, new gopher species have been identified. Four new species of gopher have been found in the southern part of the country. Locally called “Tuco-tucos”, these new discoveries are a welcome addition to the ever-growing family of gophers.

Do Gophers Exist Outside of The Americas?

Gophers do not exist outside of the Americas. They can only be found in North, Central, and a few regions in South America. It has been this way for several million years now.