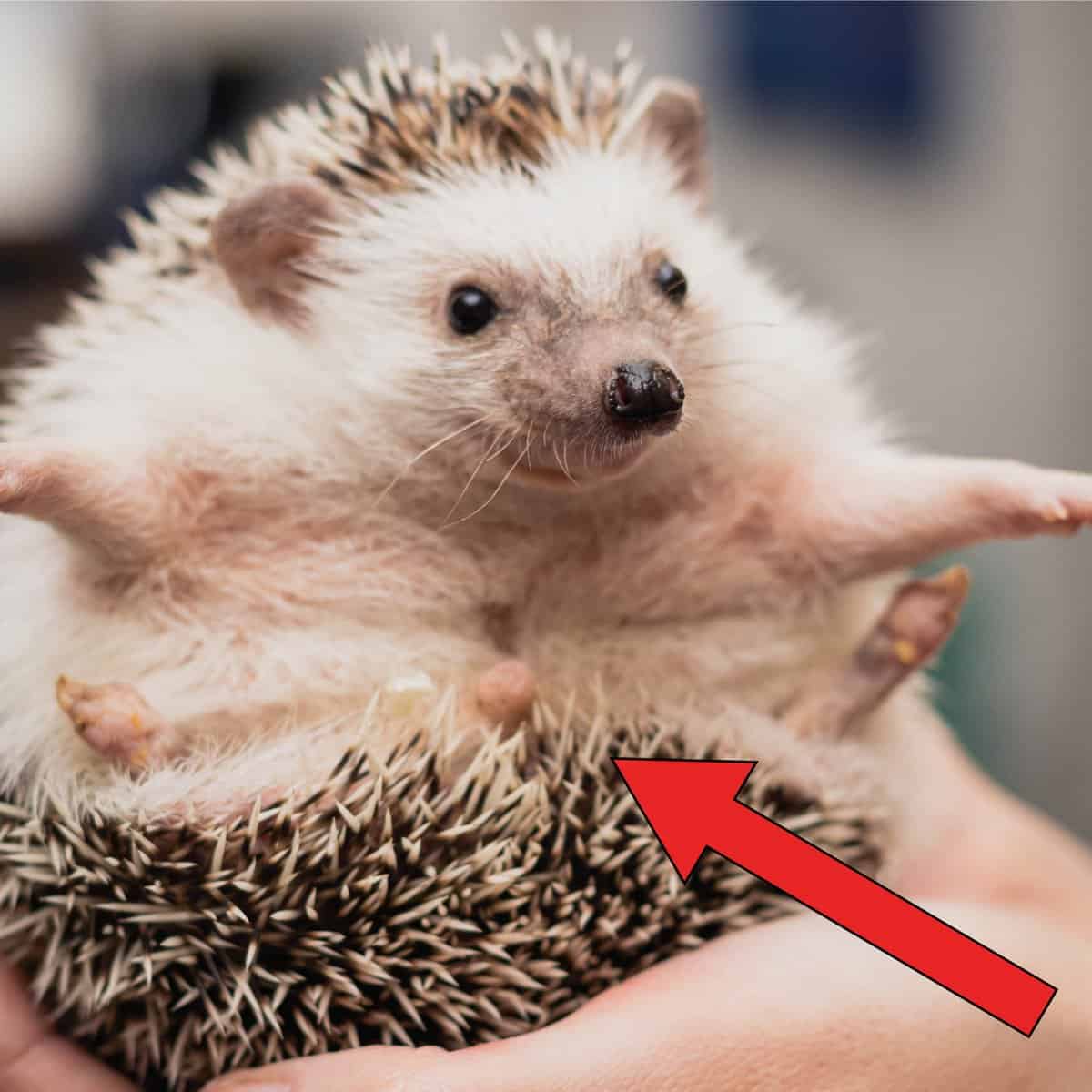 Hedgehogs are cute, little things that some people consider pests whereas others keep them as household pets. If you’ve ever seen one in action, they roll around, move quickly, and are easy to spook. When freaked, they’ll curl up into a little ball and act dead.

They do this to protect sensitive areas on their bodies while tucking their head, limbs, and tail inward. But, if you aren’t familiar with the hedgehog’s biology and anatomy, you may not be able to see things like its tail, when in this curled-up position.

Because of this, some people believe hedgehogs don’t have tails at all.

But this is wrong! Hedgehogs do have tails, and they may serve more of an important role in the social and behavioral patterns of hedgehogs than anyone may have ever considered before!

Keep reading as Floofmania takes a good look at the hedgehog’s tail!

Hedgehogs Do Have Tails

Yes, hedgehogs do have tails, albeit very diminutive and small. In fact, they’re adorable for a rear-end appendage.

Most of the time, you will not be able to see its little, stubby tail, because it’s on the lower side of the belly, which is only visible when turning the hedgehog around, and searching a little bit!

What the hedgehog’s tail looks like, will mostly depend on the specific breed.

All hedgehogs have short tails when compared to other animals. On average, a hedgehog’s tail is a touch over ¾ of an inch (or 2 centimeters) long. But they can be as small as a wee bit over ¼ of an inch (or 1 centimeter) and no longer than around two inches (or 5 centimeters).

While the hedgehog has spiky quills all over its back, its belly is covered by white fur. Its tail, however, has neither spikes nor fur. It mostly resembles the end of a pinky finger. Pinkish, short, and round!

The hedgehog’s tail can easily be mistaken for the penis in males in the event of being able to see the tail. This is especially true when the hedgehog is on its back, because of how it turns up toward the head. But in male hedgehogs, their penis is one the lower-mid area of the abdomen, not at the end of the body.

There are even some species, like the Lesser and Greater Madagascar Tenec, where the tail is scant visible. Unless you’re looking at the animal up close, it isn’t visible. Zoologists have categorized these hedgehogs as tailless because of how tiny and minuscule it actually is.

Even though there’s an average length for all hedgehog tails, specific types of hedgehogs have larger ones than others. Here’s a list of some of the more popular and common species along with the average range of tail lengths:

Do Hedgehogs Wag Their Tails?

Hedgehogs do wag their tails but it’s not to express contentment like a dog or impatience like a cat. It seems its main function is for protection purposes. Plus, it doesn’t move back and forth but rather up and down.

But, it isn’t uncommon for hedgehogs to wag their tails from side to side, however rare.

If and when hedgehogs do wag their tails, it’s very slight and not immediately noticeable. In the event, that you have one as a pet and you see it wagging, it may mean that it’s nervous or sensing danger.

Even though not proven, some zoologists theorize the tail can serve as a sort of antenna, which alerts them to danger including predators, natural catastrophes (like hurricanes, earthquakes, and tornadoes) or to indicate how many other animals are present in the surrounding area. That sounds a bit strange, though, doesn’t it?

What Do Hedgehogs Use Their Tails For?

When hedgehogs feel threatened by predators, they quickly curl up their backs, exposing all of their spikes. The stiffening of the muscles makes their quills spiky and their tail covers their lower region in this position.

For centuries, humans haven’t really given much thought to the hedgehog’s tail. Most people take it for granted because almost all animals have a tail in some way, shape, or form. But recent research shows that hedgehogs can use their tails for much more than protection and security reasons.

1 thought on “Hedgehogs Tails (Do They Have Them?)”