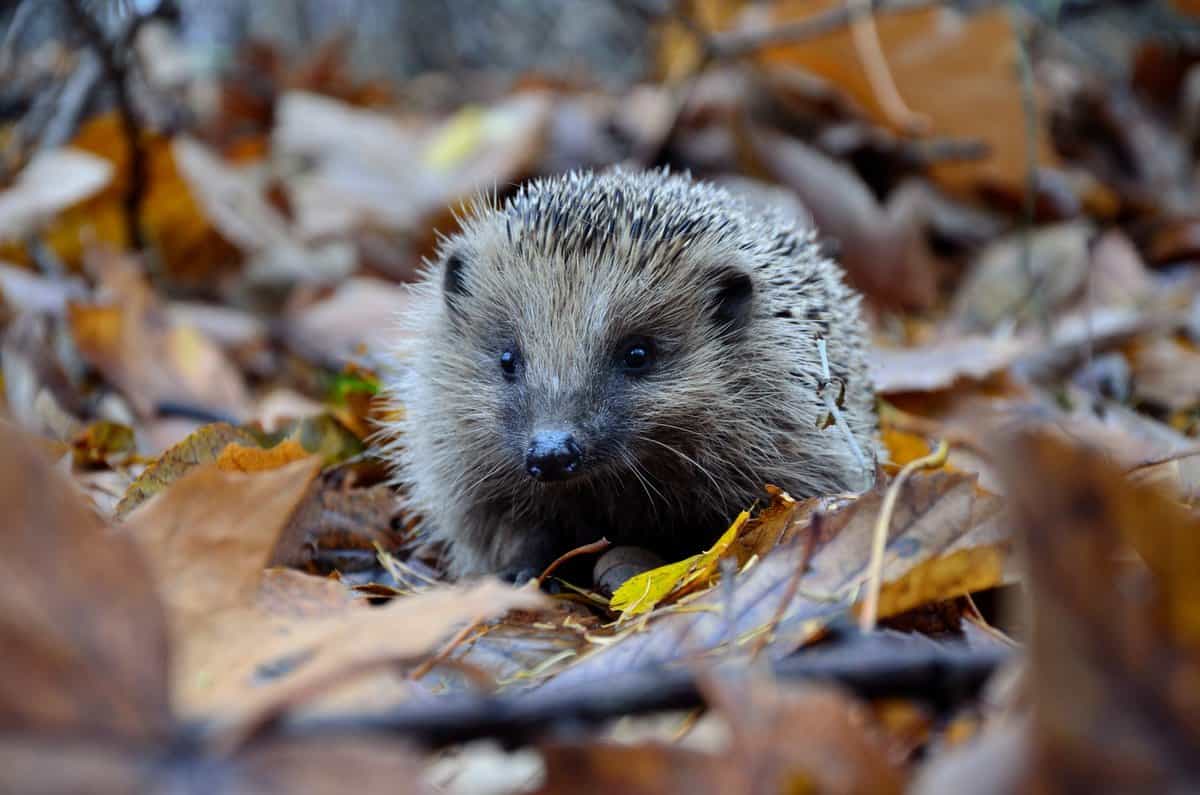 Many of us know hedgehogs to be cute household pets, but hedgehogs are wild animals native to various parts of Africa, Europe, and Asia. Naturally, many of us will wonder about their behavior in the wild, especially if hedgehogs are territorial.

Hedgehogs are not territorial animals by nature and would rather avoid conflict. Plus, hedgehogs frequently make new nests, so they do not care about territory. Normally, male hedgehogs will only fight during mating season.

While hedgehogs do not exhibit territorial behavior, they do have interesting habits when it comes to their shelter. Let’s take a deeper look!

Do Hedgehogs Fight For Territory?

Hedgehogs do not fight for territory because they are not generally territorial. Therefore, hedgehogs will find no need to fight to claim an area.

They are usually solitary animals that prefer to be alone, so you will rarely catch a hedgehog hanging out in another hedgehog’s home range.

Typically, the only time you will see hedgehogs fight is during mating season in April when you will usually see hedgehogs pushing each other a bit around.

Can Hedgehogs Hurt Each Other While Fighting?

When hedgehogs get a little too pushy and start shoving and pushing other hedgehogs, there’s a good possibility that either one or both hedgehogs get pricked by their spines.

In other words, it is quite common for hedgehogs to get hurt while fighting. Not because they’re particularly violent, but because they can’t avoid each other’s spines.

Why Do Hedgehogs Hiss At Each Other?

Hedgehogs hiss at each other whenever they see another hedgehog, and this can occur within or outside their home range.

Usually, the hissing will be aggressive behavior that is a warning sign to the other hedgehog to leave. You will normally only see this behavior between two male hedgehogs.

Do Hedgehogs Stay In The Same Area?

Technically, hedgehogs do not stay in the same area because they are not territorial. As such, hedgehogs can easily adapt to moving to new areas.

However, it can appear as if hedgehogs stay in the same area because they follow routines, making them revisit the same areas throughout specific times of the night.

For instance, seeing a hedgehog visit your garden each night may signal that your garden is a part of its routine.

Moreover, the ranging behavior of hedgehogs is usually specific to the individual hedgehog. Some hedgehogs can be found in the same area for years whereas others like to wander out of their usual home range.

Do Hedgehogs Stick To The Same Routes?

Hedgehogs can follow the same routes, but they are generally not hard fast about what routes they follow.

Usually, hedgehogs do not follow the exact same route while they forage, meaning a hedgehog can easily change its route when they feel like it.

For instance, a hedgehog will not visit gardens just because they know they will get fed there regularly, unlike a badger or a fox.

Instead, a hedgehog will likely be more opportunistic and seek out any garden that they see first while they explore.

How Big Are Hedgehogs’ Home Ranges?

How large a hedgehog’s home range is, will depend on the gender, but most hedgehog home ranges can be about 3 square miles or 7.8 km2.

Usually, female hedgehogs have much smaller home ranges than their male counterparts since the males often roam further to look for a mate.

Do Hedgehogs Mark Their Home Ranges?

Hedgehogs do not mark their home ranges or territory because they do not have any scent-marking or spraying capabilities.

If the hedgehog does have a home range, they usually remember their boundaries and frequently wander that area instead of marking their territories.

How Many Hedgehogs Live In The Same Home Range?

Usually, there will only be one hedgehog in a single home range. You will never see two hedgehogs in the same home range unless one happened across one, and they will likely either fight or quickly leave the area.

The only time you will see a group of hedgehogs live together is when a mother hedgehog is with her hoglets until the hoglets mature.

Some hedgehogs may also mildly tolerate each other being in the same home range if they are sharing a food source. However, this is more commonly seen amongst female hedgehogs since the males often fight.

Generally, two hedgehogs will never share a home because they are solitary animals that will likely fight when they are in the same place, especially if they are both males.

However, hedgehogs in New Zealand have shown some tolerance for each other by sharing summer nests, but this is still considered rare behavior amongst hedgehogs.

Do Hedgehogs Ever Venture Out Of Their Home Range?

Hedgehogs can venture out of their home ranges when they wish to, especially since they do not tend to stay within the same area for long.

How Far Do Hedgehogs Travel Each Night?

Hedgehogs can travel as far as 1,5 miles each night when they want to explore or forage for food. However, a male hedgehog can travel up to 2 miles in search of a mate.

When Do Juvenile Hedgehogs Leave Their Parents’ Home Range?

Most hoglets will leave their parents’ home range when they are 6-8 weeks old. Usually, the hoglets will be mature enough to forage and build their own nests at this age.

Where Do Hedgehogs Live During The Day?

Hedgehogs will be in their nests during the day to sleep because they are nocturnal animals.

Usually, hedgehog nests will be hidden underground, under a pile of leaves, or within thick undergrowth.

Do Hedgehogs Sleep In The Same Place Every Night?

Technically, hedgehogs will sleep in the same place each night because they will always return to their current nest to rest.

However, the exact nest that a hedgehog chooses can vary since hedgehogs will gladly move to a new place and make another nest there.

Can Hedgehogs Find Their Way Back Home?

If the hedgehog does not reach its nest, it will simply make a new nest somewhere!

Do Hedgehogs Have More Than One Home?

Technically, hedgehogs can have more than one home because they do not often stay within the same nest or home range for a long period.

While a hedgehog can be found in the same nest for up to two years, they will eventually wander out to a new area.

For instance, one researcher found that most hedgehog nests were only occupied for roughly two months until they moved on to make a new nest.

Therefore, a hedgehog can technically have more than one home, but it is unlikely that a hedgehog would return to multiple homes.

Instead, most hedgehogs will abandon their last home to make a new home since they are not bothered about what areas they occupy.