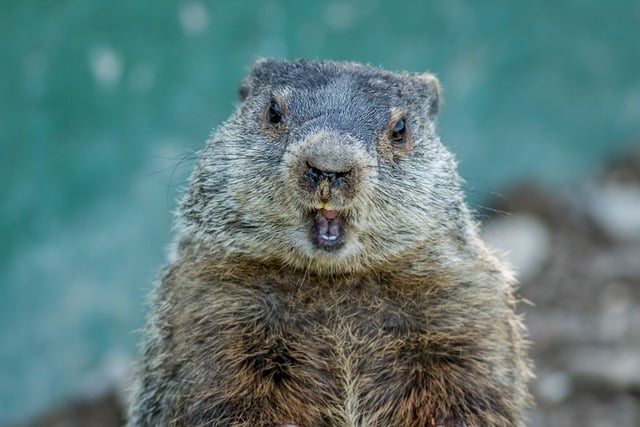 Groundhogs, which are also known as woodchucks, are cute under-earth dwelling creatures that can be found in the backyard, forests, and grassy plains. They don’t have much in the way of self-defense capability, so they mostly protect themselves by retreating into their burrows.

Groundhog Behavior and Self Defense

These chunky little creatures are not social. In fact, they’re rather anti-social and would rather spend time alone than with other members of their species. The exception to this is during mating season when the male and female groundhogs will meet up for breeding purposes.

Otherwise, groundhogs tend to be quite aggressive and are known for fighting with others over territory and burrows. There have been cases of groundhogs seriously wounding each other in disputes over territory.

In addition to being rather grumpy and territorial, groundhogs are also excellent borrowers. They make intricate tunnel systems and burrows for themselves and their family. The burrows are built in a way that makes it very difficult for predators to get inside.

Their burrows are the main line of self-defense, with groundhogs relying on being able to find and enter their burrows quickly if they’re being chased by a hungry wolf or bird. If a predator manages to sneak into their burrow, the groundhog will resort to their final line of defense — their teeth.

Despite the fact that groundhogs have small mouths and relatively small teeth, they are still sharp and can easily cause a lot of pain and discomfort to an attacker. Their teeth are curved, which makes them like a vice.

If a groundhog has to resort to biting, they will often likely bring their claws into the fight, too, opting to scratch and bite at the same time — much like an angry cat.

These sharp teeth are also used for killing prey and ripping apart roughage like plants and greenery. They don’t often use their teeth to kill animals, since they don’t eat meat other than insects, but when they do they can rip them apart within a matter of minutes.

When a groundhog is too far away from their burrow to run to safety, they may climb trees. Using their claws, they can shimmy their way up tall trees surprisingly fast. Once in the tree, the groundhog can stay there until it feels safe or the predator has gone; it can then climb back down and make its way to its burrow.