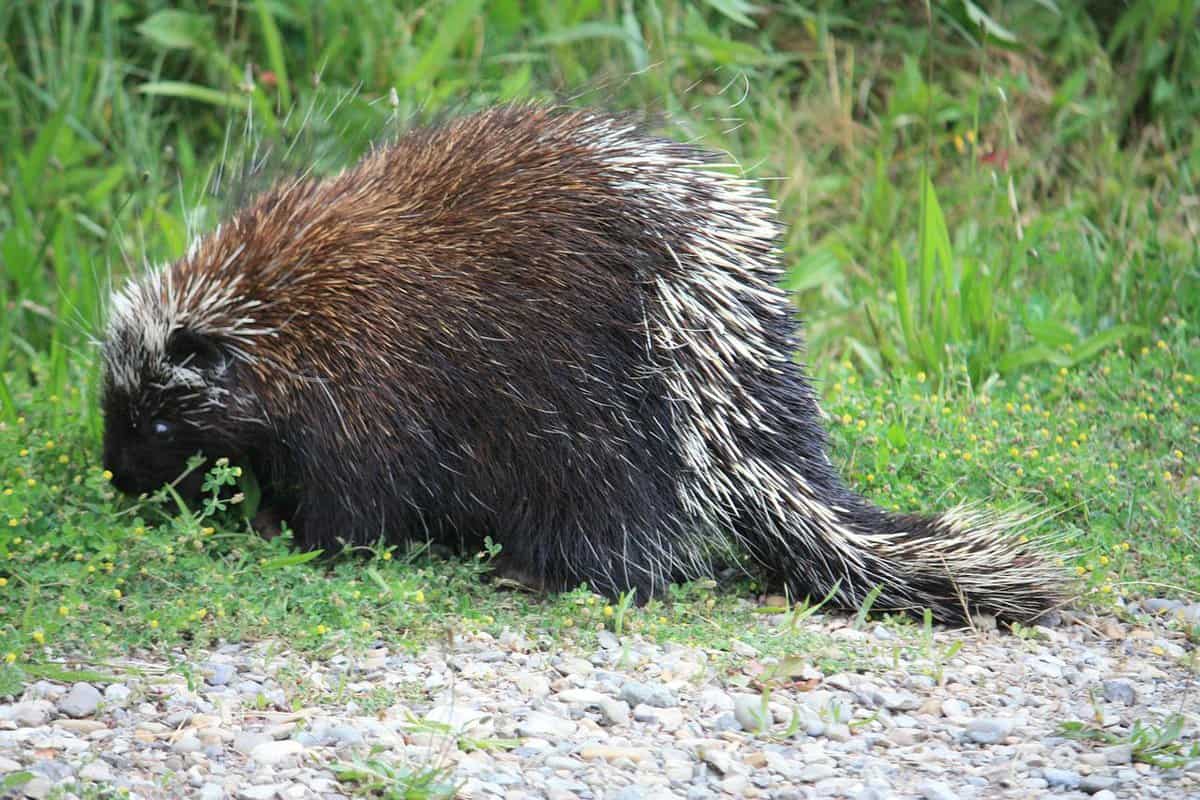 The North American porcupine is well adapted to living in different climates and environments. The rodent is usually found in forested areas all across North America, but they even thrive in urban environments.

While porcupines do have their preferred environments, they easily adapt to other locations, and it’s not uncommon to see them outside of their usual habitats.

Join us as we look further into the habitats of the North American Porcupine and help you gain an appreciation for this fascinating creature.

What Kind of Terrain Do Porcupines Prefer?

These spiky animals inhabit a wide range of habitats. Porcupines can survive and thrive in a variety of climates and altitudes.

It is likely that they will live in pretty much any landscape, including

But it seems they favor being in coniferous and deciduous forests with a nearby water source rather than on grassy plains.

What Kind of Trees Do Porcupines Like To Live In?

When it comes to choosing a home, North American porcupines are tree-huggers in the truest sense of the word. They prefer to live in forests with plenty of trees and have a particular fondness for conifers such as fir, spruce, and pine and deciduous trees like maple, willow, and oak.

Porcupines will make their homes in a variety of trees, but they seem to prefer those with dense foliage that provides them with plenty of places to hide from predators. So if you’re looking to attract porcupines to your property, planting a few evergreens or hardwood trees may be a good place to start.

Why Do Porcupines Spend So Much Time In Trees?

The North American porcupines (Erethizon dorsatum) are fascinating animals that are well-known for their love of trees. They are part of the New World porcupines, which is a species of porcupines native to the Americas.

What’s typical for American porcupines is that they have a knack for climbing trees and spend much of their time in tree tops.

It is in the nature of the North American porcupines to be in the trees since they are primarily arboreal. Another reason is that trees provide more protection from the elements and from predators that mainly live on the ground. In addition, trees offer porcupines tasty food and a place for them to rest.

Fun fact: One of the many surprising facts about North American porcupines is that they sometimes fall out of the trees that they climb! This likely happens when they venture too far out on branches that can’t support their weight.

They sometimes even get hurt by their own quills when they fall. Ouch! But don’t worry; the quills of these tree dwellers are coated in an antibiotic-like substance that keeps the wound from getting infected, should they be so unlukcy as to quill themselves.

What Food Sources Do Porcupines Need In Their Habitat?

Porcupines are found in various habitats, from tropical rainforests to deserts. However, they all share one common need: a source of food.

They are often depicted as creatures that spend their days climbing trees and eating nuts, but their diet is actually quite varied. Porcupines are herbivores, and their diet consists primarily of plants and fruits. In some cases, however, they will also eat insects or small animals.

In the wild, porcupines typically eat whatever their strong sense of smell can pick up and is readily available in their habitat. This can include leaves, twigs, nuts, berries, and even grass.

Fun fact: Did you know that research shows that porcupines are fond of salt? They often gnaw on animal carcass bones or shedded antlers to satisfy their cravings and sharpen those flashy orange teeth.

They may also venture outside their usual habitat and see them in your storage shed in your backyard, nibbling on the wooden walls or wooden handle tools since these materials also contain salt.

Do Porcupines Need A Water Source Close To Their Habitat?

Porcupines do need to have water available in their habitat. They are not afraid of water like some animals and will go down from their favorite trees to go to the nearest water source if they want to:

Just like any other living being, porcupines require a constant supply of water to perform their necessary functions.