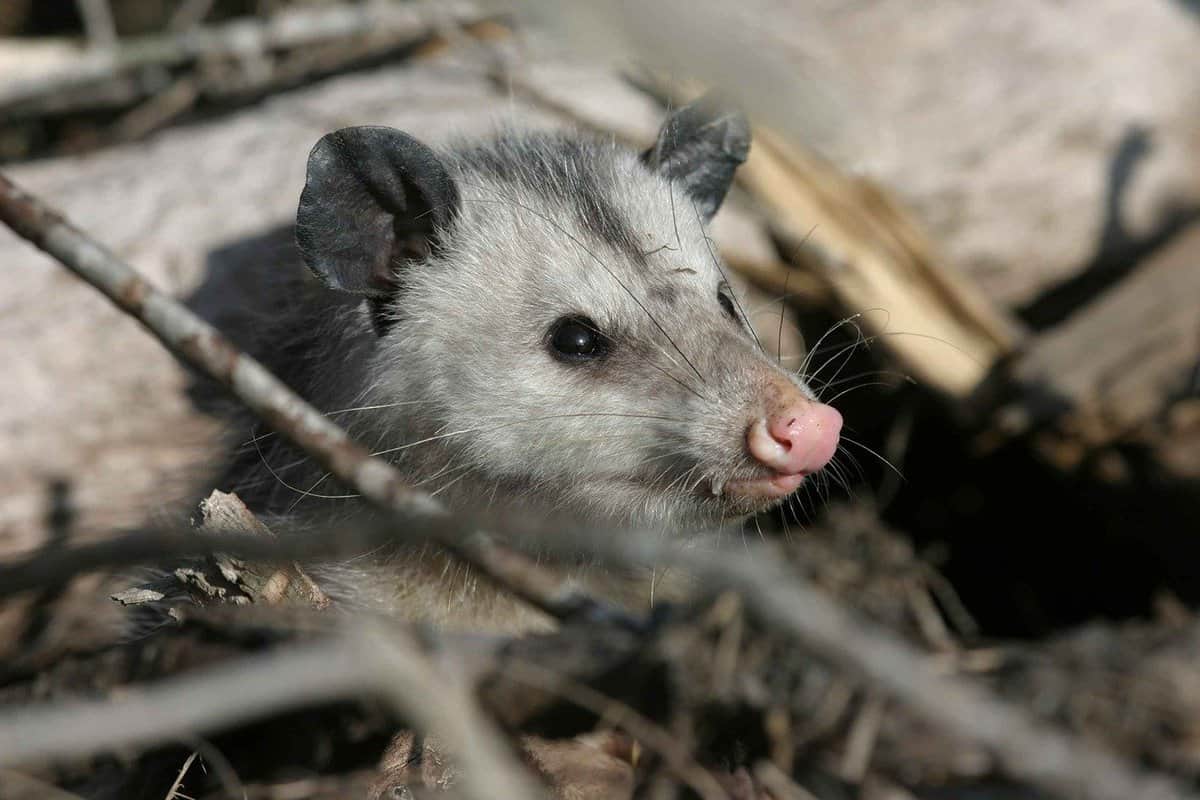 Opossums, which include almost 100 species under the order of Didelphimorphia, are not the most loved animals around. They have a less-than-stellar reputation, primarily thanks to their rat-like appearance.

Opossums are often misunderstood and viewed as dimwitted, dirty pests whose most impressive party trick is to play dead. Is that all there is to them, though?

The first thought that would probably pop into your mind when you hear their name is their horrid smell. It might even make you wonder what they actually smell like. Read on to know the answer!

Opossums are smelly creatures. Despite constantly grooming themselves, an opossum’s natural scent is pretty unpleasant to the nose. The smell they release when threatened is, to put it frankly, ‘deadly’ — it smells like the opossum has been dead for a while.

The sternal gland of an opossum releases a sweet, musky odor. Male opossums, in particular, release and stain their fur with this scent to help attract females during the mating season.

Do Opossums Have A Bad Odor?

In their natural state, opossums have a musky odor that can be displeasing to most. It only intensifies when they feel threatened.

When an opossum experiences the great fear of potentially being harmed by a predator, they do not just lay down with closed eyes, peeking out now and then to see if the coast is clear.

The incredible fear causes their tiny bodies to seize up, leading them to flop ‘dead’ on the ground. That unconscious state can last for several hours, with the marsupial staring blankly ahead and tongue sticking out.  It doesn’t just end there, though.

When the opossum is in this state, they emit a foul odor similar to decaying roadkill. They smell like they have been dead for a while, long enough to start rotting. That makes them a meal that no self-respecting predator would want to feast on.

This playing dead act is a unique defensive mechanism, but you can’t credit it to the opossum’s acting skills. They do not have actual control over it. This comatose-like state of theirs is an involuntary reaction that is mainly triggered by stress.

Also, this catatonic and almost-dead-like state is more common in young opossums and can typically last for about 6 hours. Adult opossums are more capable of standing up for themselves in the face of a predator. They can run away at speeds of almost… 4 miles per hour!

Opossums do not ‘spray’ as skunks do. Instead, they ‘play possum’ by entering a comatose-like stage and emitting an unpleasant scent that drives predators away. This dead-like state is an involuntary response of its body to immense fear and stress.

Due to their nocturnal habits and rat-like look, most deem opossums dirty and unsanitary creatures that carry diseases. Frankly, it is quite the opposite — opossums are actually clean animals.

While they seem unkempt, opossums are meticulous when it comes to self-care. When they are not searching for food, they groom themselves. They do it the same way cats do — by wiping their face and licking their paws. They clean their bodies, head to tail, and use their claws to comb their fur and remove ticks and insects.

They also clean up after themselves. These tiny scavengers might eat just about anything and everything, but they do so in a tidy fashion. They are not filthy and are not typical carriers of diseases.

Do Opossums Mark Their Territories With Smell?

They may also use the glands on their chest, under their chin, and base of their tail. They mix these secretions with urine or droppings to intensify the smell.

Multiple male opossums may mark the same area. However, it is unclear whether it’s about shared territory or competition.

Do Opossums In Captivity Smell Bad?

Opossums in captivity can still smell bad, but that depends entirely on the owner and how they’ll take care of the opossum. In most cases, they have that bit of musk in their smell, which is not entirely unpleasant but quite funky.

How Can You Get Rid of An Opossum Smell?

The best way to remove the horrid opossum smell is to get rid of the opossum itself. Here are a few removal methods you can use to scare and keep them away:

Setting up effective traps can prevent the opossum from coming back. Ensure that these traps are entirely out of sight so you don’t tip them off. Cover the trap with debris or vines to camouflage it.

Do not use lethal traps; it is always better to stick to more humane ones. Once you’ve captured an opossum, call animal control and hand it over to them. Please, do not try and attempt to deal with it yourself as they tend to be more aggressive after being trapped.

Opossums like locations with plenty of hiding spots and food sources. You can eliminate these to stop them from returning. Their usual hiding spots are under decks, abandoned burrows, brush piles, under steps, and tree crevices.

Eliminate these spaces to prevent them from coming back. Trim the grass, clean up debris, repair holes, and keep brush piles away from living areas.

Also, never intentionally feed opossums. It will encourage the opossum to come back and could make it aggressive if you stop feeding it. Keep your yard clean by picking up fallen fruits and discarded food. Also, ensure that your garbage cans are firmly closed.

One of the distinctive traits of an opossum is its keen sense of smell. You can use this to your advantage by using certain scents to repel them.

They particularly hate the smell of onions and garlic. The strong scents from these ingredients overwhelm their sense of smell, leaving a bad taste in their mouths.

Ammonia is another foolproof opossum repellent. Mix it with water and spray it on sheds, garbage cans, crawl spaces, and under decks to deter these marsupials. Make sure to keep ammonia away from trees, crops, and plants since it can be hazardous.