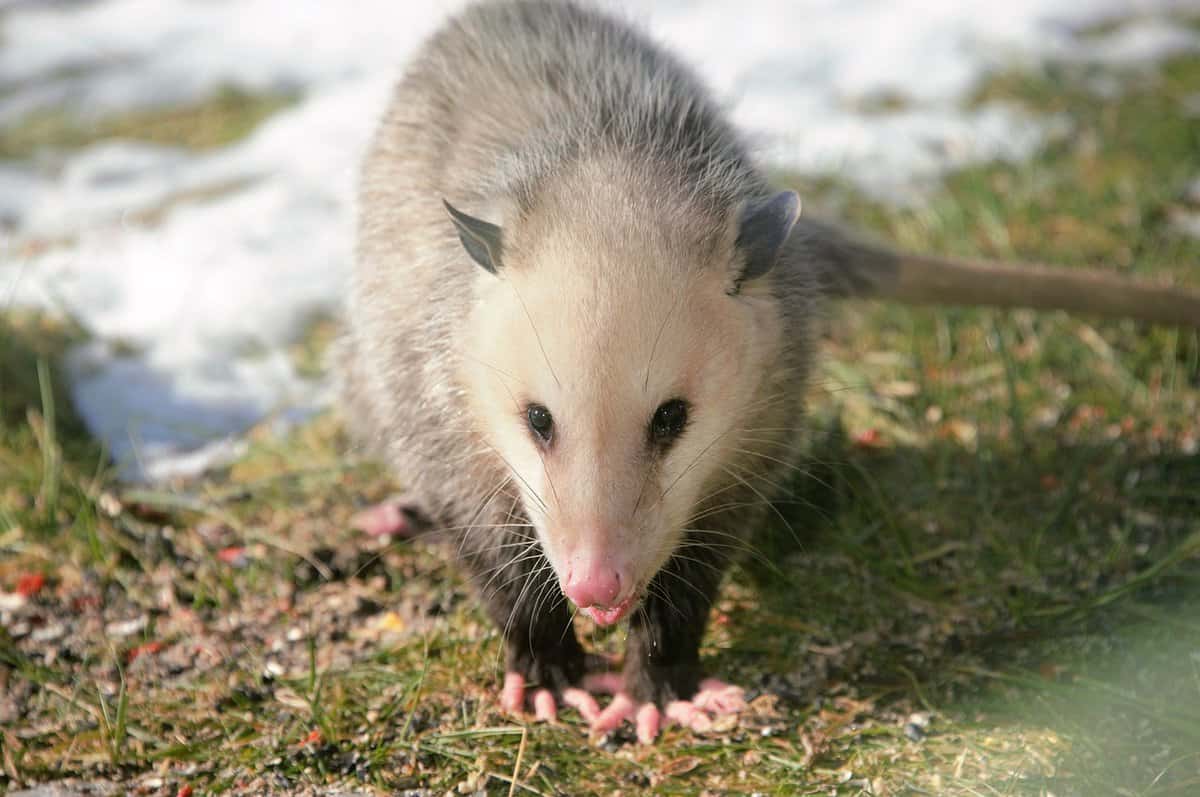 Did you know that the male opossum is called a Jack, the female is a Jill, and their baby is called a Joey? They sound like a typical family straight out of a fairy tale!

In reality, opossums are actually quite solitary animals and avoid fellow members of their species as much as they can.

Join Floofmania as we dive into the opossum’s social behavior or lack thereof.

Are Opossums Social Or Solitary?

Opossums are solitary animals that tend to keep to themselves for at least half of their lives, which is actually a very short time! An opossum rarely lives longer than 2 years in the wild.

It is safe to say, these marsupials are loners and you will find out why in a bit.

Do Opossum Families Stay Together?

The opossum family stays together for a brief period after birth without the father. The male opossum or the Jack is polygamous and leaves the female right after courtship and mating. It doesn’t seem like the Jacks are ones for a long-term relationship!

The female opossum or the Jill also stays solitary for much of her life, the exception being the 100 days that she spends caring for her babies. Opossums do have a certain family structure for a short time that does not include the male. Given their short life span, a hundred days is a decent amount of time to be social.

So while the males only really spend time with other opossums when they are young and during mating season, the females do spend half their lives with their Joeys.

Female Opossums Are Solitary And Social In 3-Month Cycles

Female opossums reproduce twice a year with a gestation period of only 12 to 13 days. Their litter sizes can reach up to 20 Joeys at a time but this is rare and 8-12 is more common.

Most of the Joeys don’t survive, they only have a survival rate of 10 to 25%, and the mother often does not live long enough to breed the following year.

Do Opossums Have A Social Hierarchy?

Opossums do not have a social hierarchy because they live most of their lives alone, especially males. The females, however, take care of their young for cycles of 3 months so they act as the head of the family, provider of food, caregiver, and protector.

Female opossums teach their babies survival skills and stay with them until they are ready to live on their own. In the beginning, the Joeys stay in their mother’s pouch and are then carried around on her back (yes, all of them!) Until they are big enough to fend for themselves.

By then, the Jills go back to being solitary and live alone until she is ready to mate again. And the cycle repeats all over again!

Are Opossums Social With Each Other?

Opossums are occasionally social which means:

Other than these two instances, opossums do not socialize and avoid each other most of the time. They are not aggressive towards each other, they simply keep their distance and do their own thing. They just love being alone!

Are Opossums Affectionate With Each Other?

Opossums show affection to each other by “sliming” or “slubbing” which means they lick their fur and rub their heads against each other. They do this to their young and their mating partners. During mating, they also bite each other affectionately.

They do this to humans as well but only pet opossums, mind you.

You are not likely to be “slimed” by a wild opossum in nature because they are terrified of humans. They are also nocturnal animals so your chances of running into them and having them trust you enough to show affection are very slim. They are more likely to run away if they see you.

Generally, male opossums do not cuddle except when mating, but the females do cuddle with their young.

Opossums are marsupials that give birth to harmless, helpless, underdeveloped babies. When they are born, Joeys climb up to their mother’s pouch and stay there until they grow fur and become fully developed and ready to see the world.

Jills keep their young warm by keeping them close and grooming them by licking their fur.

Joeys, like most baby animals, like to play and explore the world around them. Playing is how they learn about their surroundings, develop muscles, learn survival skills, and sharpen their instincts.

Opossums are also known for playing dead, which is really the only thing that most people know them for. This is how the phrase “playing possum” came about.

But playing dead is not a game for them, it is a defense mechanism.

Opossums play dead to discourage predators and other aggressors so they can escape danger and the possibility of being eaten. And they are good at it too! They can play dead for as long as needed, up to 40 minutes, they can even last up to 4 hours if they have to. They play dead just to live!

Can You Befriend A Wild Opossum?

Befriending a wild opossum is possible because they can adapt to almost any environment and can develop affection for people especially when food is involved.

Floofmania does not recommend that you do this though because befriending wild animals, in general, can be problematic.

There are so many reasons why befriending opossums is not a good idea.

When dealing with wild animals, safety should be your main priority. If you come across an opossum in the wild, keep a good distance and do not attempt to interact with it.

Do not give it food or water because being close can cause anxiety to the animal and you can run the risk of getting fleas and ticks, or worse, being bitten.

If you find an opossum in your home, call animal control or wildlife removal experts right away. Do not try to deal with them yourself but wait for the experts to do their jobs. The same goes if you find a distressed Joey or a sick or injured adult.