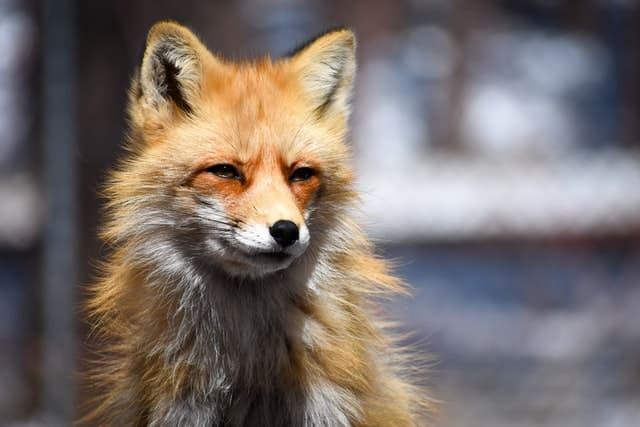 Red foxes typically live between three and six years in the wild and up to fourteen in captivity. The average lifespan of a red fox is longer in captivity than in the wild because the red fox can receive the proper treatment they need in captivity.

What’s The Average Lifespan Of A Red Fox?

The life expectancy for wild foxes is roughly three to six years. That means foxes will reach between three and six years old when living in the wild if they do not become infected with a fatal illness, are hunted by a predator, or something else.

The average lifespan of a red fox in captivity is significantly longer, ranging anywhere between nine and fourteen years.

In captivity, a red fox has a consistent lifespan of roughly nine and fourteen years because you can control these variables. However, some records like the one from Human Aging Genomic Resources show that red foxes can even reach past twenty years old when kept in captivity.

Why Do Foxes Not Live Longer?

Foxes have relatively short lifespans because of human intervention and disease exposure. There are also several reasons why foxes do not live longer, like being preyed on by animals, competing for food, and diseases.

When red foxes get diseases in the wild, they cannot always recover. In most cases, they will eventually perish if it goes untreated. Early intervention is key for most serious illnesses. When an infected animal lives in the wild, someone rarely sees them easily enough to intervene.

The main reason foxes do not live longer than they do is that they are preyed on by many large predators. Living in an area with many predators can be a straightforward reason why a fox’s lifespan is shorter.

If the red fox lives somewhere with coyotes, wolves, mountain lions, a boar, or another wild feline, they are more vulnerable. The red fox is always vulnerable if people want to hunt them.

Foxes have a similar diet to several other animals, which can cause them to compete for food. When competing for food with these animals, it can result in the red fox getting injured by their competitors, which shortens their life (or ends it).

These competitors are usually the same size as the red fox. Or they can be larger. In some cases, they may also be another red fox.

Foxes Are Easy Targets For Hunters

People can hunt red foxes in any state (in some cases, illegally). Fox hunters play a major role in a fox’s lifespan in the wild because they determine how long a fox can live. The devastating result of fox hunting is how short hunters often let foxes mature before preying on them.

Do Foxes Live Longer In Captivity?

Foxes live longer in captivity than in the wild, by nearly three times as long. You can only accomplish this length if you take very good care of your red fox. Feeding them a proper diet and grooming them is only the beginning of proper care.

Providing a red fox with the ideal environment is critical if you want a fox to have a long life in captivity. Foxes kept in captivity only live long lives if they are treated well by their owners and cared for adequately. The better habitat you give your red fox, the longer they will live.

Why Do Foxes Live Longer In Captivity?

Foxes live significantly longer in captivity than in the wild because they are cared for much better. In captivity, red foxes can receive a better diet and better healthcare. Considering that wild foxes have a higher mortality rate, living in captivity is highly beneficial to the red fox.

Foxes are illegal to own as pets in most states because the red fox is considered an exotic animal. Before building an enclosure and purchasing a fox, check to see if you can keep one in captivity first.

Humans Are Better With Healthcare

Captivity is a controlled environment where trained professionals can treat wounds, illnesses or decrease stress. Humans may recognize a red fox in danger quicker which is better for increasing the longevity of a red fox’s life.

When someone removes a red fox from the wild, its diet must remain as consistent with its natural state as possible. Foxes kept in captivity are often fed better diets because their favorite food is accessible to humans. Feeding them food that supports their diet promotes a longer life.

What Does The Life Cycle of A Fox Look Like?

The life cycle of the fox begins with the breeding process, where a male and female red fox reproduce a litter of between three and five fox kits. The cycle continues as the kits adjust themselves to the new world. The red fox depends on its mother for nourishment before eventually leaving her between six and twelve months old.

The red fox can mate at ten and twelve months, depending on gender. Typically, the red fox mates on their first mating season if they leave their mother early enough. They will immediately begin the reproduction process again in another piece of territory.

Males will wander by themselves after leaving their birthing den, and a female may choose a nearby territory to settle down and wait for the upcoming mating season. At the beginning of the mating season, a male and female red fox will form a monogamous pair with who they will mate for life.