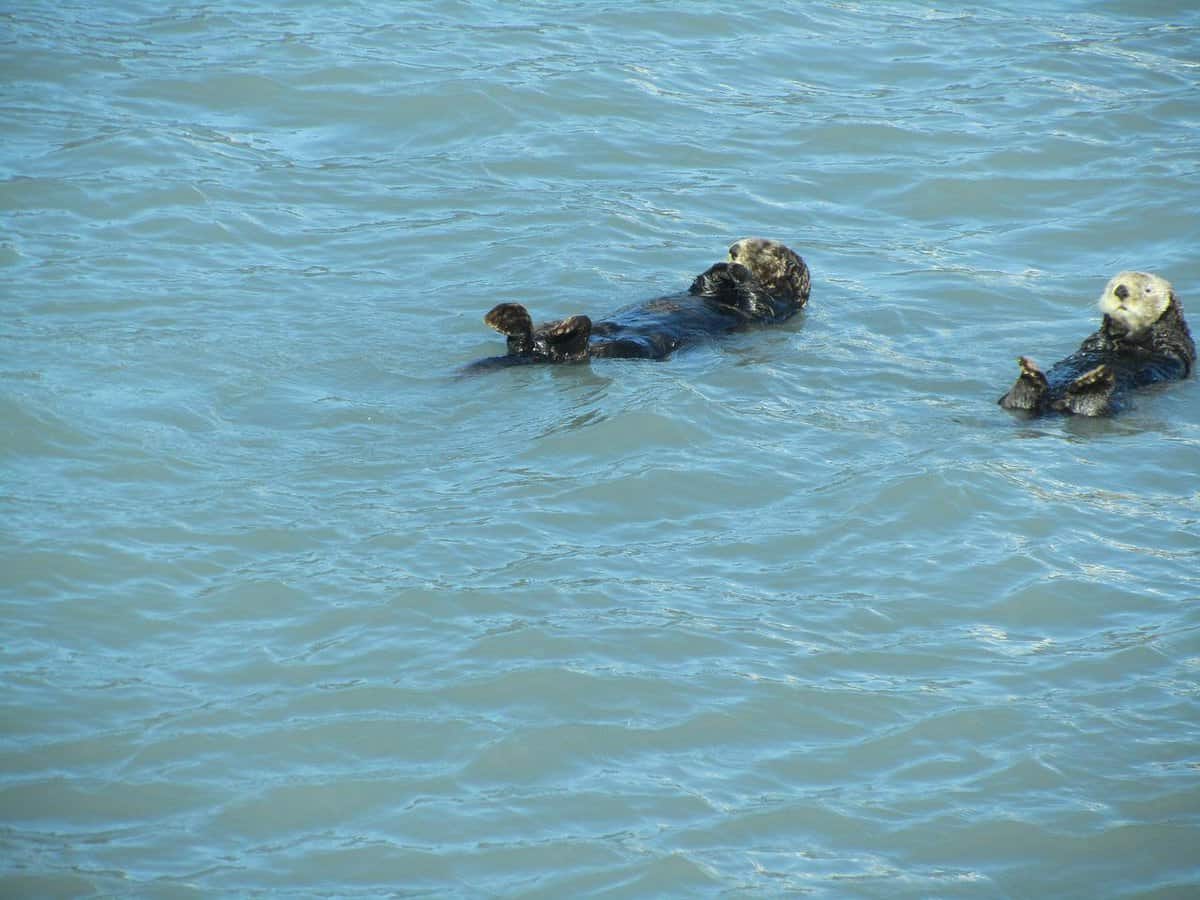 Sea otters are one of the biggest members of the weasel or Mustelidae family, but one of the smallest among marine mammals. They are native to the coasts of the northern and eastern North Pacific Ocean.

They are also extremely fluffy with over 1 million hairs per square inch (for your reference, we generally have about 100,000 hairs on our whole head). This makes them a definite inclusion in our Floofmania family!

But while they are extremely cute, are they also territorial? Let’s dive in.

What Do You Call A Group Of Sea Otters?

A group of sea otters has a variety of names, depending on whether they are on land or on the water.

While resting in the water, sea otters have two particular habits. One, they like to rest in groups. Researchers have once observed over 2,000 of them floating together!

Two, they like to wrap themselves in kelp or other kinds of seaweed to anchor themselves to their spot and to their group, and not float away to get hopelessly lost. Sometimes, they also grab onto each other’s paws. What results is something that appears like a raft, causing a group of resting otters on the water to be called a raft of otters.

While on land, sea otters are generally called a romp, but sometimes also a family or bevy. Supposedly, they are referred to as a romp of otters because of their rumpus they cause with their energetic playing.

What’s The Difference Between A Sea Otter’s Home Range And Territory?

All animals, including otters, occupy a home range. Home ranges are a portion of land or water that include all the resources the animal needs to survive. Animals typically frequently visit their home range on a daily basis.

Territories are usually smaller than home ranges and are marked by animals through various means.

How Big Are A Sea Otter Home Range And Territory?

For otters in general, straight line lengths for home ranges average about 9.5 miles (15 km) for males and about 4.5 miles (7 km) for females.

We couldn’t find an exact number for sea otters’ territory sizes aside from the note that they are generally smaller than their home ranges, but would love to hear from you if you find anything!

Male sea otters go through cycles. Their primary goal for setting up and maintaining a territory is to attract females. Since the breeding season is in the fall, males only defend their territories from spring to fall.

They do not typically allow other males to enter their territories, and constantly patrol the boundaries to make sure. Females are allowed to move freely among different male territories.

When the males are on “break” from a territory, or when they are young and haven’t acquired territories yet, they will often gather in all-male “bachelor” rafts where they will simply be boys.

They play together, spar with each other (very rarely injuring each other in these playful bouts), and just rest. For these sea otters to find mates, they have to be brave and swim through the female areas, hoping to attract one or more of them.

A raft of sea otters typically has between 10-100 animals, with the bachelor male rafts being larger than the female groups. The largest raft ever seen, however, contained over 2,000 sea otters!

Do Sea Otter Males And Females Live Together?

Males and females tend to live separately from each other.

The only exception, as you can guess, is during the breeding season. During that time, females roam male territories freely, and sometimes even choose to inhabit one for a while, if they find a suitable mate.

Do Sea Otters Mark Their Territory?

While most otters use scent to mark their territory, did you know that sea otters in particular do not have scent glands? This is likely because their aquatic habitat makes scent marking particularly difficult, if not completely useless.

From what we can gather, male sea otters simply patrol their territory to ensure other males do not enter. We also surmise that since male and female sea otters generally live separately, a breeding ground with the two mixed together should be pretty obvious to spot!

Feel free to get in touch with us for any relevant sources and information for this question!

How Do Sea Otters Defend Their Territory From Outsiders?

Males patrol the borders of their territory and keep other males away. But, should it come to it, confrontations between males very rarely end up in violent fights.

When Do Sea Otters Venture Out Of Their Territory?

Sea otters venture out of their territory to seek out mates. Though they can technically breed all year, the most active periods are during spring to fall. In that timeframe, females can be seen swimming freely through various male territories, while males that don’t have territories can be seen traversing female territories.