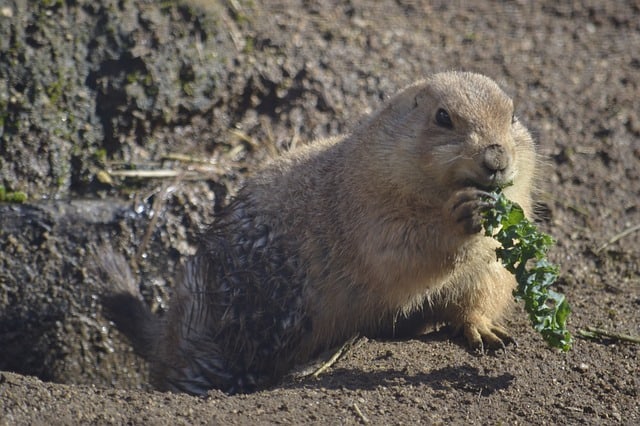 How much wood would a woodchuck chuck if a woodchuck could chuck wood? Would it be as much as a groundhog? These words both refer to the same furry little critters. The differences in terminology come from different groups of people in different areas and different histories.

Where do Groundhogs live?

Much like how in some parts of the country people call sugary carbonated beverages “pop” and others call it “soda” or “coke,” the terms used primarily to describe groundhogs or woodchucks can vary given the background of the people speaking about them.

If these furry friends do not actually chuck wood, why are they called woodchucks? As it turns out, the name has nothing to do with throwing wood. The name comes from the Algonquian term for groundhogs, wuchak or wojak. Likely settlers modified the word into woodchuck.

The Algonquian people are Native North Americans who comprise one of the largest linguistic groups of Native Americans. They live in both New England and Canada (the same places as woodchucks, hence why settlers derived the name from the Algonquian word).

According to the Native American legend, wojak or wuchak was a spiritual ancestor for their tribe. Settlers seem to have picked up on this significance when they selected the woodchuck for their Candlemas celebrations. Those celebrations evolved into modern-day Groundhog Day.

While the name “woodchuck” borrows its etymology from Algonquian, woodchucks have other names with more literal reasons for their names. The term groundhog describes where the creatures live (in the ground), and their rotund shape.

In some parts of North America groundhogs are also called whistle pigs and/or land beavers.

The name whistle pig describes their plump shape as well as the sound their calling sound that resembles a shrill whistle.

Woodchucks, groundhogs, whistle pigs… As Shakespeare wrote, “A rose by any other name would smell as sweet.” In this case, a woodchuck by any name would burrow as deep.